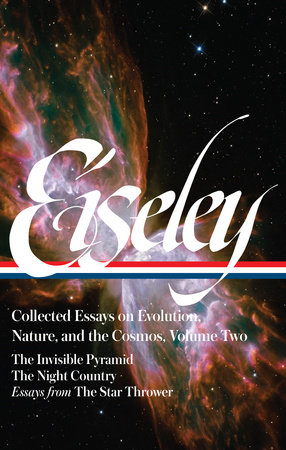 The Invisible Pyramid, The Night Country, essays from The Star Thrower

About Loren Eiseley: Collected Essays on Evolution, Nature, and the Cosmos Vol. 2 (LOA #286)

An eminent paleontologist with the soul and skill of a poet, Loren Eiseley (1907–1977) was among the twentieth century’s greatest inheritors of the literary tradition of Henry David Thoreau, Charles Darwin, and John Muir, and a precursor to such later writers as Stephen Jay Gould, Richard Dawkins, and Carl Sagan. After decades of fieldwork and discovery as a “bone-hunter” and professor, Eiseley turned late in life to the personal essay, and beginning with the surprise million-copy seller The Immense Journey (1957) he produced an astonishing succession of books that won acclaim both as science and as art. Now for the first time, the Library of America presents his landmark essay collections in a definitive two-volume set.

This second volume begins with The Invisible Pyramid (1970), a book of meditations on the origins and possible futures of humankind set against the backdrop of the Apollo 11 landings. As Western civilization attains new heights of scientific awareness and technological skill, is it also blind to its own limits, doomed to destroy itself like the lost civilizations of the ancients or other “spore-bearers” in our evolutionary past? Eiseley makes an urgent, environmentalist plea in these essays: we must protect the planet from which we emerged against our unchecked power to overpopulate and pollute and consume it.

The essays in The Night Country (1971) look not to the stars but backward and inward: to the haunted spaces of Eiseley’s lonely Nebraska childhood and to those moments, often dark and unexpected, when chance observations disturb our ordinary understandings of the universe. The naturalist here seeks neither “salvation in facts” nor solace in wild places: encountering an old bone, or a nest of wasps, he recognizes what he calls “the ghostliness of myself,” his own mortality, and the paradoxes of the evolution of consciousness.

Shortly before his death, Eiseley made plans for what would be his last book, published posthumously as The Star Thrower (1978). Here are late essays on the life and legacy of Henry David Thoreau, the writer to whom he turned more often than any other; thoughts on the “two cultures” he sought to bring together throughout his career; and on the relations between hard science and “awe before the universe.” Of particular interest are two early stories discovered among his papers, “The Dance of the Frogs” and “The Fifth Planet.”

A companion volume gathers The Immense Journey (1957), The Firmament of Time (1960), The Unexpected Universe (1969), and a selection of Eiseley’s uncollected prose. 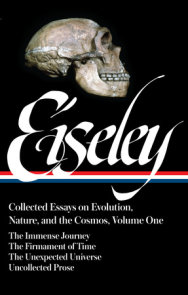 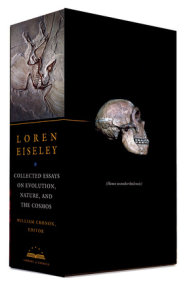 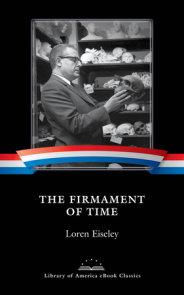 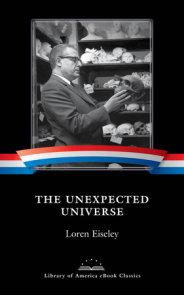 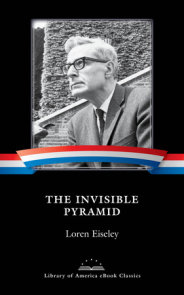 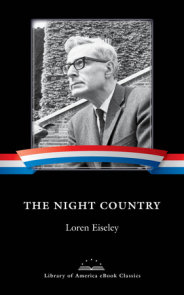 See all books by Loren Eiseley


“As captivating as today’s best-known science writers might be, no one has ever managed to make the pursuit of knowledge feel more soulful or more immediate than Loren Eiseley did in the essays and books he published in the 1950s, ’60s and ’70s.” —Ben Cosgrove, The Daily Beast