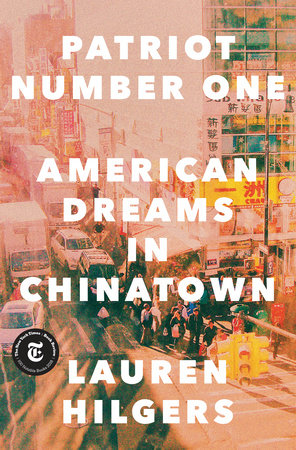 1. In what ways did the reality of Zhuang and Little Yan’s life in Flushing, Queens, differ from their expectations of life in America? What factors might have contributed to their misconceptions?

2. Somewhat improbably, Zhuang became one of the leaders of the pro-democracy, anti-corruption protests in his hometown of Wukan. How was this surprising in light of his roots and upbringing? Were there ways in which it did stem from his earlier life experiences?

3. What were the conditions in Wukan that sparked such unrest in its villagers, and how did Zhuang first discover the extent of these conditions?

4. How does Little Yan see her role as a new immigrant differently than her husband? What stresses and changes does their marriage undergo as they acclimatize to living in a new country?

5. At one point, Little Yan repeats a Chinese saying: “Everyone has to eat bitter.” What does she mean, and how does it relate to her role over the course of the book?

6. In what ways are the experiences of Zhuang, Little Yan, Tang Yuanjun, and Karen typical of the immigrant experience, particularly that of Chinese immigrants, and what strikes you as unique in each of their stories?

7. Tang says that he believes “most immigrants, Chinese and otherwise, come to the end of their lives with two stories to tell: one set in their country of origin, and one for the United States.” To what extent do Zhuang and Little Yan reconcile their two stories? Does one or the other dominate for them? For Karen? For Tang himself?

8. After Zhuang’s escape, the villagers who continue to advocate reform in Wukan face a cycle of agitation, compromise, and reprisal. How does Wukan’s political leader, Old Lin, seek to defend the village’s interests over time, and how successful is he?

9. What does Zhuang’s role in Wukan’s politics mean to him after he has emigrated, and how does this change over time? What does he mean to Wukan?

10. As the book reveals, more Chinese people apply for and attain asylum every year than any other group—outnumbering those from the next three nations (Guatemala, El Salvador, and Egypt). What does the national conversation about immigration get wrong or exclude about the Chinese experience? How are the realities of the Chinese immigrant experience reflected within this book?

11. A great many Americans are the descendants of immigrants, if not themselves immigrants. What do you know about the stories of your own ancestors or family members? How do they differ from those in the book?


Learn More About Patriot Number One
print
Back to Top