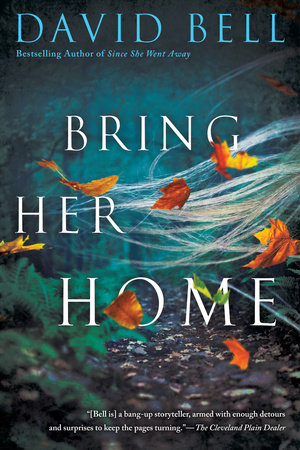 1. Bill alludes to difficulties he had with Summer before she disappeared. Do you think this was typical teenage rebellion, or was it exacerbated by her mother’s death?

2. The reader learns that Bill once grabbed Summer, leading her to call the police. Do you think the police made the right decision when they chose not to press charges? Did finding this out about Bill make you feel differently about him?

3. Bill thinks of Adam as one of his closest friends. Why do you think Bill was so drawn to Adam?

5. Taylor has a difficult time turning over her daughter’s dental X-rays to the police. Do you understand why she hesitated to learn the truth?

6. Candy seems to imply that Summer was a bad influence on her daughter, Haley. Do you think this is true? Is it normal in a teenage friendship for one kid to be more of a leader than the other?

8. Do you believe Doug when he says that he would never have hurt Emily and only wanted to help solve the crimes?

9. Were you surprised to learn that Adam had been in the house on the day Julia died? Do you understand why Summer kept that a secret from her dad?

10. Do you think Bill and Summer made the right choice to have Julia’s body exhumed for an autopsy? If it was your mother or spouse or sister, would you have wanted to know the truth?

11. Teena and Brandon, while not as deeply involved in the crimes as the other teenagers, still kept secrets and showed poor judgment. Would you want to see them prosecuted for their roles in the crimes?

12. At the end of the novel, Bill briefly contemplates destroying the recordings of Julia’s voice from the day she died. Why do you think he thought about that? Do you think he made the right choice in keeping them?

The Last Woman in the Forest

3 Truths and a Lie

Never Saw It Coming
Back to Top