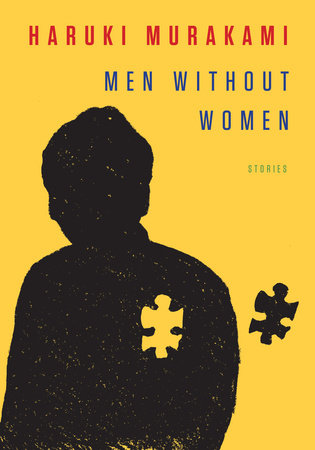 The questions, discussion topics, and reading list that follow are intended to enhance your reading group’s discussion of Men Without Women by internationally celebrated writer Haruki Murakami.

1. The title of the collection is Men Without Women. Consider the ways in which the men in these stories find themselves alone, not just without women but, in many cases, without friends as well. Are there similarities between their situations? What does it mean to be a man without women, both in the title story and throughout the collection?

2. Kafuku, the protagonist of “Drive My Car,” divides people into groups. For example, he says female drivers are either “a little too aggressive or a little too timid” (3) and identifies two types of drinkers: “those who drank to enhance their personalities, and those who sought to rid themselves of something” (29). What’s the effect of classifying people in this way? What does it reveal about how Kafuku sees the world? Do you think there’s any truth to these kinds of classifications?

3. Kafuku has a “blind spot” in his vision that prevents him from driving, but also a “sixth sense” that enables him to know his wife is cheating on him. How is he—and other men in this collection—both aware of and oblivious to what’s going on around him?

4. Why does Kitaru want the narrator to date his girlfriend, Erika Kuritani? Why do Kitaru and Erika eventually break up? Do you think they are ultimately destined to be together? Do you think it is possible for the men in these stories to have platonic relationships with women?

5. Kitaru makes up his own lyrics to the song “Yesterday.” Why do you think Kitaru plays with the words, and how does the narrator react? How does this mirror the ways in which both Kitaru and the narrator want to become “a totally different person” (45)? How do they each accomplish this? Does either of them succeed?

6. What kind of person is Dr. Tokai? He is described as “not the sort of person with an excessive amount of room for misunderstanding” (78), yet the narrator seems to have complicated feelings about him, calling him both a “principled soul” and also someone lacking “intellectual acuity” (77) who “only thought of himself” (91). How does he come across throughout the story? Does the narrator’s perception of him change by the end? Does your own?

7. What is the “independent organ” Dr. Tokai believes in? How does it impact men and women in different ways?

8. In both “An Independent Organ” and “Scheherazade,” lovesickness is presented as an actual medical condition. What is the effect of treating the relationships between men and women in this way? Why do you think Murakami chose to do so?

9. “Scheherazade” (as Habara, the main character of this story, nicknames her), claims to have been a lamprey in a previous life, “fastened to a rock” (120), but it is Habara who now seems stuck in one place, unable to leave his house. Why do you think he has to remain at home? How can each of their lives be seen as lamprey-like?

10. In high school, Scheherazade became addicted to housebreaking. How does her obsession compare and contrast with Habara’s need for her stories—and his fear of losing them?

11. Kamita tells the two yakuza that visit Kino’s bar, “Memories can be useful” (157). What do you think he means by this? Are memories helpful for Kamita later in the story?

12. Kino’s aunt calls snakes “essentially ambiguous creatures” (172). Do you agree, based on the role they play in the story? Are they, as she suggests, harbingers of disaster, or guides, or something else?

13. “Samsa in Love” is a reversal of Franz Kafka’s story “The Metamorphosis,” in which a man finds himself transformed into an insect. How does Gregor Samsa view the world—and people—differently after having been a bug? Why do you think Murakami chose to retell the story in this way?

14. How does the narrator of “Men Without Women” respond to finding out that his ex-girlfriend has killed herself? Why do you think he reacts this way? Do his feelings cause him to look inward or outward?

15. What does the narrator mean when he says he’s “trying to write about essence, rather than the truth” (218)? Are there other stories or novels you’ve read that also deal with the distinction between the two?

16. Haruki Murakami’s stories are famous for their fantastical elements—talking cats and parallel universes. Do any of these elements appear in the stories in this collection? What purpose do you think they serve?

17. Acting—or “becoming somebody different” (23)—is a major theme throughout the stories in this collection. In “Yesterday,” the narrator says that “you can’t just change your personality” (68); nonetheless, many characters do try to reinvent themselves. Do you believe that it’s possible to become a different person? What do the examples in these stories suggest?

18. Music is a constant presence in these stories—as it is in all of Haruki Murakami’s books. In “Yesterday,” the narrator remarks, “Music has that power to revive memories, sometimes so intensely that they hurt” (75). Do you agree? What role does music play in this collection?

20. Have you read any other books by Murakami? How were they similar or different to the stories in Men Without Women? Are there common themes that tie them together?

One More Thing
B. J. Novak