Window on the Bay Reader’s Guide 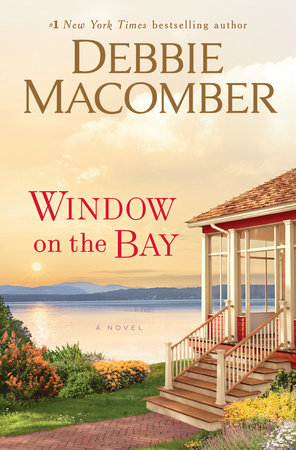 Window on the Bay Reader’s Guide

1. Initially, Jenna is skeptical to date a surgeon, given her marriage to Kyle. But, despite her reservations, she is able to fall in love with Rowan. Discuss a time when your expectations about someone were changed.

2. Jenna often contemplates the changes in her life while sitting by her window on the bay. Is there a place that holds special meaning to you? What about it soothes you?

3. Though Jenna and Maureen’s “green light, yellow light, red light” system has always dictated their dating lives, each handles her own relationship differently over the course of the novel. Do you find yourself identifying with Jenna’s approach more so than that of Maureen, or vice versa? Explain.

4. After attending the Seattle Seahawks game with Logan, Maureen decides to invite him to a night at the ballet. Compare and contrast the two dates. Do you believe Maureen and Logan are equally willing to explore each other’s interests? Why or why not?

5. Jenna finally confides in Rowan about her divorce and Kyle’s affairs. Shortly afterward, Rowan breaks down to her after losing a young patient. How do you approach a tough conversation, and how do you know when you’re ready to open up to someone?

6. Maureen’s conversation with Misty, though initially uncomfortable, pushes her to tell Logan her true feelings. Her talks with her daughter, Tori, also lead her to the same conclusion. Discuss a time in which a conversation or some particular words of wisdom guided you to make a decision. Did it pay off? Why did you approach that particular person for advice?

7. Mackensie decides to conceal from Rowan the fact that she is attending the University of Washington, though she later regrets that decision. What do you make of Jenna’s reaction to the news, as she takes it to mean that Rowan is just like her ex? Was her reaction justified, or should she have offered Rowan the chance to explain himself at the time?

8. Allie and Mackensie become “thick as thieves” and close friends after sharing a class together. They also bond over having divorced parents. Discuss the girls’ attitudes toward their parents. How are they similar, and how do they differ?

9. Jenna and Maureen’s planned trip to Paris is a symbol of their friendship—and, though they postpone it a number of times, they are finally able to have the vacation of their dreams at the end of the novel. Have you ever taken a trip or vacation that meant something to you? What made it a time to remember?

10. Explain how you felt upon reading the epilogue. Jenna and Maureen have both re-married. What do you believe is in store for these characters and their families?

Learn More About Window on the Bay
print
Back to Top