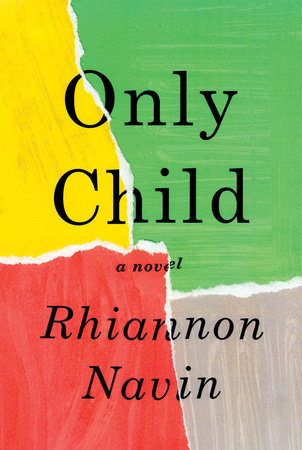 The questions, discussion topics, and reading list that follow are intended to enhance your reading group’s discussion of Only Child, the debut novel by Rhiannon Navin.

First grader Zach Taylor is in his classroom when a gunman enters the school auditorium and the unthinkable happens, irrevocably changing the very fabric of this close-knit community.

While Zach’s mother pursues a quest for justice, and Zach’s father retreats into his work, Zach finds solace in the healing world of books and art. Armed with his new insights, and the optimism and stubbornness only a child could have, Zach becomes determined to help the adults in his life rediscover the universal truths of love and compassion they need to pull them through their darkest hour.

A dazzling, tenderhearted debut about healing, family, and the exquisite wisdom of children, narrated by a six-year-old boy who reminds us that sometimes the littlest bodies hold the biggest hearts, and the quietest voices speak the loudest.

1. In the opening lockdown scene, Zach repeatedly focuses on external sensations—the smell of Miss Russell’s breath, the stuffiness in the closet, the popping sounds coming from the hallway. What does this tell us about how Zach perceives the world? What insight does it give us into who he is as a child, and as a narrator?

2. After overcoming her shock, Zach’s mom campaigns against the parents of the shooter in an attempt to hold them accountable for their son’s actions. Do you agree with her, or do you think she is out of line?

3. Reading the Magic Tree House books aloud “to Andy” helps Zach cope with his grief. Which books have helped you through difficult times in your life?

4. In their review of Only Child, Kirkus Reviews said of the Magic Tree House series, “Seems like a lot of people, and not just the ones in this novel, need to reread those books.” What are the “secrets to happiness”? Do you try to live by these rules? How do you think you could incorporate them into your daily life?

5. Zach uses colors to help him understand his emotions better. What do you think about Zach’s justifications for his choices? Which colors would use to represent your emotions? Do you think colors have an impact on your mood?

6. On page 114, Zach says, “People start to forget about you after you die and they can’t see you all the time anymore. It was already happening with Andy. I started to notice that at his funeral that was on the day after the wake. Everyone was talking about Andy, but they talked about him like they only remembered some parts of him, not all the parts. . . . It was like they weren’t really talking about Andy or they were starting to forget about what he was like.” Do we do a disservice to our loved ones when we only remember them at their best?

7. Do you think Zach should have returned to school earlier, or that he was sent back before he was ready? What role does Miss Russell play in helping Zach heal? Do you think Zach learns to trust school as a safe place again?

8. Zach suffers from survivor’s guilt after Andy’s death, feeling that everyone might have been happier if he’d died instead. How does Aunt Mary help Zach work through these feelings? What does she teach him about family?

9. Zach’s TV interview is traumatic for him. If you were in his mom’s position, would you have put Zach on camera? Why did she insist, and why didn’t any of the other adults intervene?

10. What do you make of Zach’s perceived betrayal by Dexter? Did Dexter fail Zach when he needed a friend most, or was he just doing his job? Do you think Zach sees the situation more or less clearly because he’s a child?

12. According to the Gun Violence Archive (http://www.gunviolencearchive.org), nearly four thousand children and teens were hurt or killed by gun violence in 2017. Do you think there is anything we could be doing to prevent these injuries and deaths?

13. Many books have been written about school shootings but none from the point of view of such a young child. Why do you think the author wrote this book from Zach’s perspective instead of an adult’s? Did having such a young narrator teach you anything new about surviving tragedy?

14. If you could give Zach one piece of advice to help guide him as he grows up, what would it be?

Rhiannon Navin grew up in Bremen, Germany, in a family of book-crazy women. Her career in advertising brought her to New York, where she worked for several large agencies before becoming a full-time mother and writer. She now lives outside New York City with her husband, three children, two cats, and a dog. This is her first novel.


Learn More About Only Child
print

Instructions for a Heatwave
Maggie O’Farrell
Back to Top