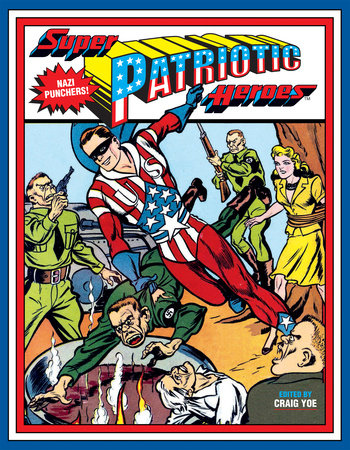 During World War II, a legion of star-spangled, flag-draped superheroes fought to defeat the forces of evil. Rediscover them now, when we need them most! This book paints a compelling history and presents the exciting, full comic book stories.

Starting with The Shield and followed by Captain America, a whole battalion of red, white, and blue heroes appeared on the four-color page to help fight the Nazis. We need those superheroes again to battle for truth, justice, and the American Way!

Proudly presented are action-packed stories from America’s Best Comics, Fight Comics, Our Flag, National Comics, and a battleship full of other explosive comic books of the Golden Age!