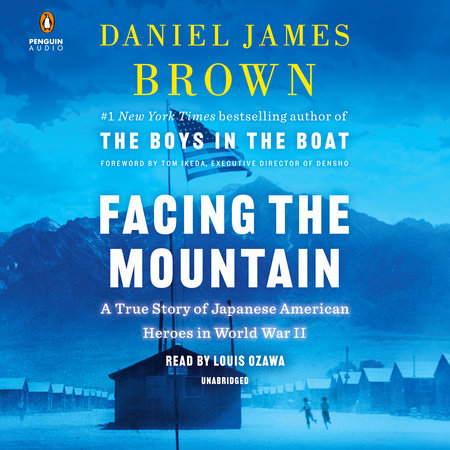 1. The Japanese attack on Pearl Harbor on December 7, 1941, shocked Americans of all creeds and ethnic backgrounds. Almost universally, Americans understood that America’s entry into the war was now inevitable and that as a consequence their day-to-day lives were about to change in large but unpredictable ways.

How do you think Japanese Americans’ experience of the attack might have differed from the rest of the American population? How might it have differed from the experience of German Americans and Italian Americans? In what ways do you think most Americans’ reactions to the attack might have been similar or dissimilar to their reactions to the September 1, 2001, attack on the Twin Towers in New York? In what way might Muslim Americans in particular have experienced the 9/11 attack and its aftermath differently from other Americans?

2. In Hawaii, Kats Miho grew up in a racially stratified society that severely limited opportunities for Asian immigrants and their American children. Hawaii’s plantation system, in particular, allowed a few families to control the lives and livelihoods of many thousands of immigrants who worked in the cane fields. Similarly, the Shiosaki, Tokiwa, and Hirabayashi families faced systemic anti-Asian discrimination that prevented them from owning land, using certain public facilities, and fully participating in American life.

In what ways do immigrants from other parts of the world face similar obstacles in the United States today? To what extent do Asian immigrants and their descendants, in particular, still face prejudices and obstacles today?

3. When Kats Miho and the other Japanese American members of the Hawai‘i Territorial Guard were told they could no long serve in the unit, many of them were reduced to tears.

Why do you think they had such a strong emotional response to being removed from the unit? How do you think you might have reacted under similar circumstances?

4.  One of the central themes of Facing the Mountain is the universal importance of home—the consequences of losing one’s home, the human need to create a sense of home wherever one must live, the drive to return home when far away from it.

In what specific ways do these concerns with home play out in the lives of the book’s four principal protagonists—Kats Miho, Fred Shiosaki, Rudy Tokiwa, and Gordon Hirabayashi? What role does home—the loss of it, the need to create it, the drive to return to it—play in the lives of each of them?

How and where do these conflicts show up in Facing the Mountain? What roles do they play in shaping the events the story chronicles? Do the same dynamics play a role in your own family history or the family histories of your friends and acquittances?

6. In a similar vein, the beliefs, traditions, and values of immigrants sometimes work their way into the mainstream of American thought and strengthen our institutions and manner of living in novel ways.

What traditional Japanese beliefs, values, or attitudes, if any, did Kats, Fred, Rudy, and Gordon carry into the war and into their lives that made them better soldiers and citizens?

7. Gordon Hirabayashi’s actions in response to the curfew imposed on Japanese Americans, as well as in response to the incarceration of West Coast Japanese Americans in camps, stand in stark relief to the actions taken by Kats, Fred, and Rudy. Gordon felt it was imperative to resist the government’s actions through civil disobedience. The other three felt it was imperative to join the military, in large part to prove their loyalty to America.

8. The Japanese American families forced from their homes were only allowed to bring with them whatever they could carry to the buses that transported them to “assembly centers.” In most cases, this meant abandoning many of their most precious possessions as well as walking away from the source of their livelihoods.

9. In 1942 the government argued that military necessity justified forcibly removing Japanese Americans from their homes despite the fact that no cases of disloyalty or sabotage on the part of these citizens were ever documented. For the most part, the non-Japanese citizenry of the United States supported the government’s actions.

If the circumstances were the same today, do you believe the American public would again support incarcerating Americans of Japanese ancestry? Americans of other ancestries? If not, what has changed?

10. Life at Poston—and at all the camps run by the War Relocation Authority—was bleak, uncomfortable, and boring at best. It also disrupted family life, demoralized breadwinners, and undermined traditional norms.

How do you think your family would have dealt with camp life?

11. Much of the conflict between the “kotonks” and “Buddhaheads” at Camp Shelby came down to misunderstandings—both sides misinterpreting the other’s motives and essential characters. More than anything else, the two groups’ different ways of speaking sparked these misunderstandings.

Can you think of groups you have encountered who speak in a different manner than your own and how that might have shaded your or other people’s impressions of them? To what extent do we all judge people generally on how “proper” their manner of speaking is?

12. Gordon Hirabayashi’s first act of civil disobedience was to defy a curfew for people of Japanese ancestry. Most Japanese Americans and their Japanese parents obeyed the curfew dutifully.

If a curfew was imposed only on people of your ethnic identity, would you obey it? If your government argued that your ethnic group posed a national security threat, would that make a difference? Would you risk going to jail for an indeterminate amount of time if that was the consequence of defying the curfew?

13. Many of the Nisei soldiers carried mementos, good luck charms, and other highly personal items into battle with them. Rudy carried a single grain of brown rice his mother had given him. Sus Ito carried a traditional warrior’s sash—a senninbari. Others carried photographs, letters, and Bibles.

What might you bring with you under similar circumstances?

14. Some of the Nisei soldiers attributed the outstanding battle performance of the 442nd and the 100th to traditional Japanese values that they had learned from their parents.

What might some of those values be? Can you think of values and traditions that American soldiers from other ethnic backgrounds might also have drawn on in battles during World War II?

15. Both Fred Shiosaki and Rudy Tokiwa at different times during the war wrestled with the morality of taking another man’s life. Fred contemplated shooting a prisoner in cold blood. Rudy worried that he might become less than human. Chaplain Higuchi agonized over what to tell soldiers with the same qualms. And recent research indicates that it is the taking of another person’s life, not the fear of losing one’s own life, that is most likely to cause soldiers PTSD later in life.

16. Many of the young Japanese American men who resisted the draft refused to serve so long as their parents and family members were incarcerated in the camps.

In your opinion, was this a reasonable stance to take?

17. During the war, within the Japanese American community, there was a great deal of controversy over those who refused to serve. In recent years the resisters have come to be seen in a much more positive light—even heroic—by many Japanese Americans, as well as by others who are concerned with matters of social and racial equity.

What do you think the legacy of the resisters is?

18. In a similar vein, the young men who joined the 442nd and the 100th were inarguably courageous as demonstrated by their extraordinary battle record throughout the war, the number of casualties they took, and the number of awards that were eventually conferred on them.

But does courage have other dimensions? What about the actions of someone like Gordon Hirabayashi? How does his courage in violating the curfew and refusing to be incarcerated in a camp stack up against the courage of the Nisei soldiers who served in Europe?

Beyond Band of Brothers
Dick Winters and Cole C. Kingseed

Flags of Our Fathers
James Bradley and Ron Powers

I Could Never Be So Lucky Again
James Doolittle and Carroll V. Glines

The Lost Airman
Seth Meyerowitz and Peter Stevens
Back to Top