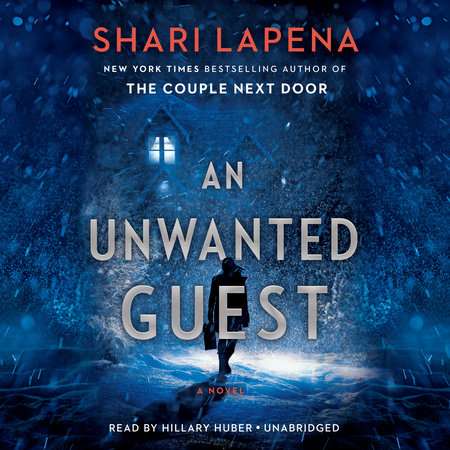 1. Reviewers often say this book is reminiscent of Agatha Christie’s novels. Have you read Christie’s work, and if so, do you see the connection between the two? In what ways are they similar? In what ways do the works differ?

2. Gwen and Riley have a unique dynamic—they’re close friends, and yet there are many things left unsaid between them—a result of time and different paths chosen. How did you understand this relationship? Why do you think their connection is so palpably tense?

3. Riley, Ian, Gwen, Matthew, Candice, Bradley, David, and Henry are just some of the characters in the novel. Which character did you connect with the most? Whom did you sympathize with?

4. After Dana is found dead, the other guests quickly jump to conclusions about what happened. What did you think had occurred, and were you correct?

5. As the body count rises, paranoia sets in. Was there anyone whom you didn’t suspect as the murderer? Why or why not?

6. It takes the police some time to arrive because of the extreme weather conditions, and even then, their ability to investigate is hampered by the time they’ve lost. Do you think they should have done anything differently? Explain.

7. Throughout the latter half of the novel, the characters constantly accuse each other, testing theories of who knew what and when. Ultimately, it comes down to Dana and Lauren and the secrets they shared. If Dana hadn’t died, do you think their shared history would have emerged? If so, how would the rest of the guests been affected?

8. What was your reaction to the last few lines of the novel? Did you see the twist coming?

9. What does An Unwanted Guest say about the dark side of human nature versus the veneer of civility and the masks that we all wear? How are the characters in the novel a microcosm of the larger world?

Mr. Nobody
Catherine Steadman
Back to Top