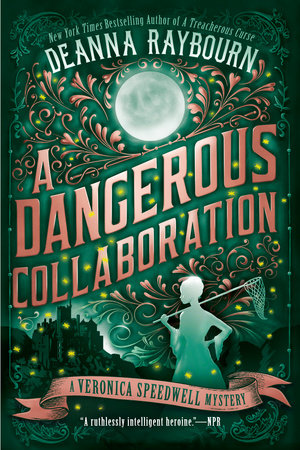 1. Tiberius brings Veronica to the island under false pretenses. Why does he hide the full truth? Do you think she would have come if he had been honest from the beginning?

2. St. Maddern’s Isle is a unique setting. How does Mertensia’s poison garden add to the atmosphere? How does it add to her role as a healer?

3. Malcolm seems unable to move forward with his life as long as Rosamund’s disappearance remains a mystery. How important is closure in moving on?

4. Rosamund chose practicality and security over a dangerous love that would have threatened her emotional independence. Was she right to do so? Would you?

5. Caspian and Mertensia are possible heirs to the island. Which of them would be more suitable to assume control of St. Maddern’s? Why?

6. Mertensia feels Rosamund usurped her role on the island. In what ways did she do so? What recourse would Mertensia have had if Rosamund had been mistress of St. Maddern’s?

7. Veronica and Helena have both been forced to earn a living but have chosen different paths. How do their choices reflect the limitations on Victorian women?

8. Stoker risks a tremendous sacrifice. Was it for Tiberius or Veronica? Or both? How would you characterize his relationship with them?

9. Was justice served in the end? Do all villains need to be brought before the law or is nature’s justice as valid?

10. How do you think Stoker and Veronica’s relationship will develop after their return to London?
Learn More About A Dangerous Collaboration
print

The Hollow of Fear
Sherry Thomas

The Sweetness at the Bottom of the Pie
Alan Bradley

The Grave’s a Fine and Private Place
Alan Bradley

Crowned and Dangerous
Rhys Bowen
Back to Top