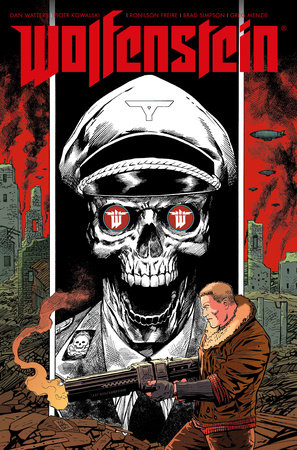 March right into the Nazi occupied America of 1960 in this rip-roaring prequel to Wolfenstein: The New Colossus.

It’s 1960, the Nazis won the war, and a small band of outsiders fight to survive in occupied America. But the relative peace of their sanctuary is shattered by the arrival of Nazis on the hunt for some top-secret quarry. But they’re not the only new faces. A strange old lady has a tale to tell of the legendary Nazi hunter – B.J “Terror Billy” Blazkowicz.

• Prequel to Wolfenstein: The New Colossus – the highly anticipated new game from Bethesda.

• Art by Piotr Kowalski (Sex) and Ronilson Freire (The Mummy). 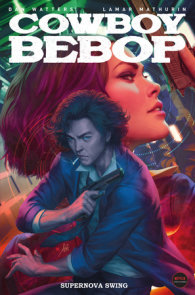 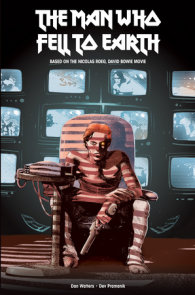 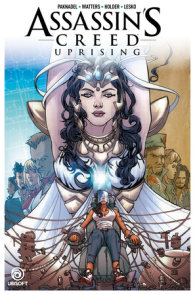 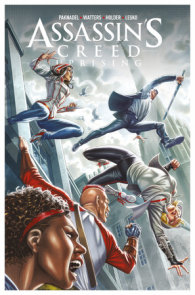 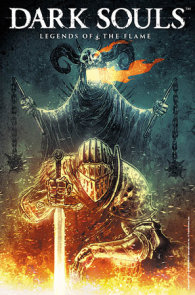 See all books by Dan Watters

“The writing and dialogue is sharp as a razor…The art work by the two artists involved is a visual treat.” – SciFi Pulse

“Kowalski and Freire’s art is a staple of excellence.” – Newsarama

“Rooting against the Reich has never been this much fun. There’s even a stolen nuclear U-boat! WOLFENSTEIN hits all the right notes. Welcome to must-read territory for fans of alternate history.” – Multiverse

“A nice surprise inviting for readers who know nothing about the video games.” – Comics Beat

“Wolfenstein” is a roller coaster of emotions that brings fans and newcomers alike into the world of the eponymous franchise.” – Multiversity Comics

“B.J. Blazkowicz is a shot of adrenalin right to your neck, and Watters captures his essence perfectly.” – Oregon Live