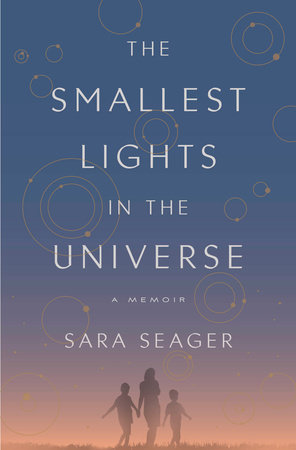 print
The Smallest Lights in the Universe Reader’s Guide

1. The author opens the book by describing rogue planets; she uses them as a metaphor for her children, who she says have gone “halfway to rogue” following the death of their father. What else in her life appears “rogue”? Who or what in your life could be described as a “rogue planet,” with no star to orbit?

2. Throughout the book, the author talks about the power of belief and of positive thought. Do you feel that belief is a type of magic? Why or why not?

3. The author is an extremely successful woman in a field dominated by men. Was there a point in the book when you thought this circumstance was especially affecting her? Do you think the fact that she’s a woman has had an impact on her career trajectory, for better or for worse? Why?

4. Is there anything in your life that you’ve pursued with blind faith despite opposition, in the way that the author is driven to find exoplanets in the face of backlash from her scientific community? What kept the author moving toward her goal? What keeps you moving toward your goal?

5. Later in her life, the author discovers something about herself that she had never considered before—she realized it only after she was featured in a major publication and a friend pointed out certain aspects of her personality that came through on the page. How might you have reacted to a surprise like this? Have you ever realized something about yourself only after seeing yourself from another person’s perspective?

6. The author relied on a dark sense of humor to cope when her husband was first diagnosed and throughout his illness. What do you make of this? Why is this her instinct? Does this form of humor appeal to you, or not?

7. When her husband passed away at home, unhindered by tubes and machines, the author says she felt she was able to help “build something beautiful.” Do you agree that death can be beautiful? Why or why not?

8. What do you make of the use of metaphors throughout the book such as dark and light or the sun and stars? Was there a particular metaphor that was the most powerful to you?

9. The Widows of Concord become a supportive community for the author after her loss. Why do you think the author initially resisted their friendship? What did she ultimately gain from those relationships?

10. In her recurring dreams of her husband following his death, the author sees him return to her after long absences: he has been in a coma, missing, on long trips, and so on. What do you think is the meaning of this recurring dream?

11. Do you feel that the scene with the Green Flash is a moment of rebirth or closure for the author? Is it—or can it be—both?

12. The author has focused her life’s work on detecting life on other planets, only to find herself searching for new life after death. How are these pursuits related? How are they dissimilar?
Learn More About The Smallest Lights in the Universe
print

A Higher Form of Killing
Jeremy Paxman and Robert Harris

God of the Rodeo
Daniel Bergner

The Poetics of Space
Gaston Bachelard

Your Guide to the Apocalypse
Matt Hagee

The Demon Under the Microscope
Thomas Hager

The Dominion of War
Andrew Cayton and Fred Anderson