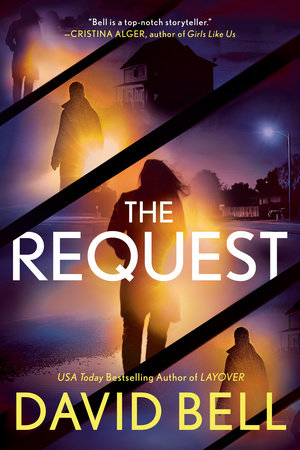 The Request by David Bell
Questions for Discussion

1. Ryan and Blake were close friends in college, but their friendship has cooled now that Ryan is married and has a child. Is it typical for friendships to change in this way as people move from college and into their mid-to late twenties?

2. Despite the cooling of their friendship, Ryan feels loyalty to Blake because of the things they went through together in college. Do you understand why Ryan still feels this loyalty to Blake?

3. Ryan has a seemingly perfect life. And yet he feels it is defined by his part in the accident. Do you understand why Ryan wants to keep his role hidden from everyone in his life? Would people understand that he made a youthful mistake?

4. Even though she had a career and even made more money than Ryan did, Amanda feels insecure about her place in the world and in her marriage after Henry is born and she stops working for a time. Is it to be expected that she would feel this way?

5. Ryan spends a great deal of time on social media and seems unable to stop measuring his life by what he shares there. Do you understand how someone can be consumed by their social media feeds? Do you think this is a problem in our society? If so, how?

6. Everything that happens in the book grows out of the lies Blake told in college. Has it been your experience that one lie only leads to more and more lying?

7. Blake admits that he has always harbored resentment for Ryan because Ryan was always seen as the golden boy and Blake as the screwup. Do you understand why this would lead Blake to attempt to tarnish Ryan’s sterling reputation?

8. Amanda admits to being hurt by the lies that Ryan told her. Do you think the two of them will be able to repair their relationship and move on?

9. Do you understand why Samantha and Blake are together? What does each get out of the relationship?
Learn More About The Request
print

The Language of Sand
Ellen Block

One Night at the Lake
Bethany Chase

Meet Me in Paradise
Libby Hubscher

How to Save a Life
Eva Carter

Sugar and Spice
Debbie Macomber
Back to Top