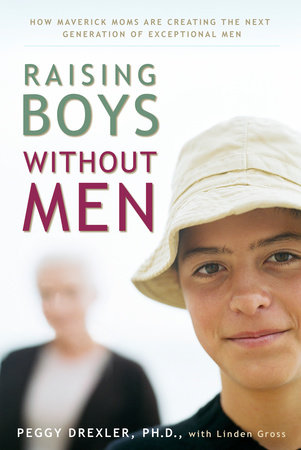 How Maverick Moms Are Creating the Next Generation of Exceptional Men

About Raising Boys without Men

Nominated for a Books for a Better Life Award in Parenting

Backed by peer-reviewed research, this hotly debated bestseller (San Francisco Chronicle) continues to open eyes with its finding that raising thriving, emotionally healthy sons does not require a man in the house.

As the number of single-mom and two-mom households has grown, so have concerns about the possible damage caused by the lack of a stable male role model in the house. Determined to find the truth, research psychologist Peggy Drexler embarked on a long-term study comparing boys raised in nontraditional families with those whose fathers were present throughout their childhood. The results were startling. Female-headed households can provide even better parenting for boys than households with men. Sons from female-headed families can grow up emotionally stronger and more well-rounded than boys from “traditional” mother-father families—more in touch with their feelings yet masculine in all the ways defined by our culture. 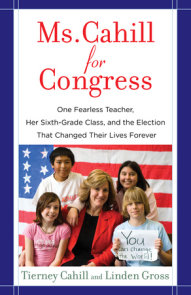 See all books by Linden Gross

Linden Gross is a bestselling author and co-author. She ghost-wrote Julia “Butterfly” Hill’s national bestseller The Legacy of Luna and has… More about Linden Gross

“Truly a cutting-edge book . . . important for everyone who cares about the future of the American family.” —Carol Gilligan, author of The Birth of Pleasure

“This important work will serve as a beacon to the country’s nearly 10 million single mothers.” —Publishers Weekly

“As I read this book, I could almost hear the sound of the flying monkeys swooping in from out on the right. Books like this are attacked for the truths they tell. And there is no greater truth you can tell to the nation’s single mothers than ‘Relax. If you love him, support him, listen to him–your boy will turn out just fine.’” —Bette Midler

“This is a wonderful book–a very necessary book. We live in an age of labels: you’re normal, you’re not. For the so-called non-traditional families that want only to make their way in the world, labels can do incredible damage. Boys Without Men makes a convincing and empathetic case that very good things come from outside the bounds of our worn-out assumptions.” —Henry Louis Gates W.E.B. Du Bois Professor of the Humanities at Harvard University

“This is the answer to those who believe they can attach limits to the idea of family. It’s part guide, part affirmation, part eye-opening proof that family is far less about composition, than it is about the power of its love and support.” —Jann Wenner, editor and publisher, Rolling Stone Magazine

“Peggy Drexler is such a perfect guide to parenting in the 21st century, of what makes the most basic institution of society click, I wondered: How did she get so smart about life? Decades of research, of course, but also an uncanny knack for seeing inside the human heart. Pull up a chair and read this book. You’ll be a better parent for it.” —Margaret Carlson, first woman columnist, Time Magazine, political columnist, Bloomberg News, and Washington editor of The Week magazine.

“This highly readable, well researched, groundbreaking, myth shattering book should lay to rest all unfounded ideological opposition to nontraditional families. Everyone who wants to see the best interest of children served must read and act on this book’s wisdom and research. ” —Alan Dershowitz, Author and Felix Frankfurter Professor of Law at Harvard University

“Once a decade, it seems, there is a book that suddenly makes it all clear that what we have been led to believe about ourselves, gender roles and expectations is nothing more than hooey. This is such a book. A well-researched and clearly written testament that people are people and families are not nuclear but functional.” —Rita Henley Jensen, founder and editor in chief, Women’s eNews

“I’ve always been in the idea business. So it’s exciting when I see something blow away convention. This book creates controversy. And that’s good. Controversy means people are thinking instead of assuming.” —Donny Deutsch, Chairman and CEO of Deutsch, Inc, Host of CNBC’s hit show “The Big Idea with Donny Deutsch”, author of “Often Wrong, Never In Doubt”