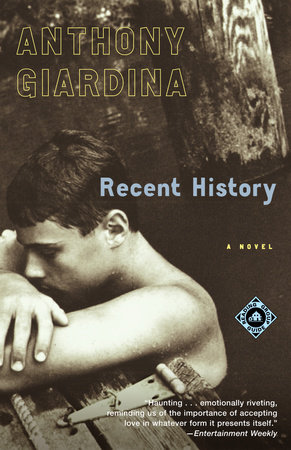 2. Luca says at one point that the main flaw in his marriage is that he has never “fully met” his wife. What does that mean? Is Luca overestimating the need for a level of emotional intimacy in marriage, or is that need really not as strong as he believes? Is the novel making any suggestion that the current demand for intimacy among couples may not be an entirely good thing?

3. How good or bad a father do you think Lou Carcera was? Are there some things he did well in bringing up Luca? Had he been more honest about himself, how much do you think that really would have changed things for Luca?

4. What is the author suggesting is the difference between men’s lives today and men’s lives in 1962, the time when Luca’s father leaves? Does Luca overestimate the differences, or have the changes been as real as he believes?

6. Is the author suggesting that all men have a homosexual side? One critic said that Giardina “understands something that, in the context of our post-Freudian culture, seems almost revolutionary: our sexual history is not always worth the importance we assign it.” Do you think that’s true? Does Luca’s sexual history really offer him a guide to the potential, or lack of it, in his relationship with Gina?

On the Nature of Human Romantic Interaction
Karl Iagnemma

Why Are You So Sad?
Jason Porter

All the Anxious Girls on Earth
Zsuzsi Gartner

The Color of a Dog Running Away
Richard Gwyn

The Man in the Next Bed
David K. Shipler

Let Nothing You Dismay
Mark o’Donnell

The Fat Man from La Paz