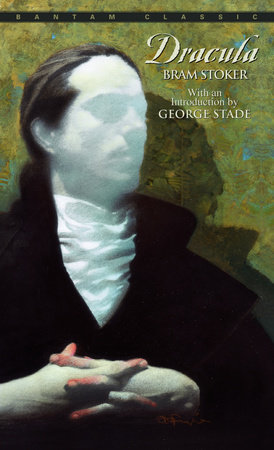 1. Dracula relies on journal fragments, letters, and newspaper clippings to tell its story. Why might Stoker have chosen to narrate the story in this way? Do letters and journal entries make the story seem more authentic or believable to you? Likewise, discuss the significance that many of the male protagonists are doctors (Dr. Seward) or men of science (Dr. Van Helsing). Why is this important to the story?

2. How does the novel invert Christian mythology in its description of Count Dracula’s reign of terror? For instance, what specific elements of Stoker’s story parallel scenes or images from the New Testament? Why might this subversion of Christian myth be significant?

3. Discuss the roles of Lucy Westenra and Mina Harker in the novel. How are the two women similar? Different? What accounts for their differences? To what extent does the novel depend on both of these women to propel the narrative forward?

4. Discuss the role of sexuality in Dracula. Would you say that Dracula attempts to reproduce himself sexually or by some other means? In what ways does the figure of Dracula subvert conventional notions of heterosexuality? Consider, for instance, his predilection for drinking blood and his habit of making his victims feed from his chest.

5. What are the elements of vampire folklore? For example, what, according to the novel, attracts or repels a vampire? How do you kill a vampire for good? Although Stoker did not invent the mythology of the vampire, his novel firmly established the conventions of vampire fiction. Choose another novel that deals with vampires and compare it with Dracula. (Consider, for example, one of Anne Rice’s vampire books.) In what ways are the novels similar? Different?

6. Consider Freud’s essay "The Uncanny" in relation to Stoker’s Dracula. How would Freud describe the world that Stoker evokes in the novel? Is this a world of common reality? Or is it a world governed by supernatural belief? Or both? Discuss Freud’s claim that the writer of gothic fiction is "betraying to us the superstitiousness which we have ostensibly surmounted; he deceives us by promising to give us the sober truth, and then after all overstepping it." In what ways does Stoker’s narrative strategy of employing newspaper clippings and journal entries promise the "sober truth"? To what extent do you think Dracula achieves a sense of the uncanny?

From the Trade Paperback edition.
Learn More About Dracula
print
Back to Top