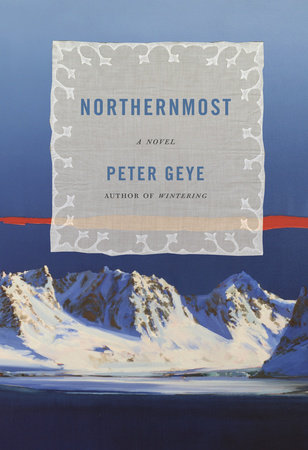 The questions, discussion topics, and other material that follow are intended to enhance your group’s conversation of Peter Geye’s Northernmost, a stirring novel of reclaimed love and connection among dispersed generations of a Norwegian family.

1. Why is Odd Einar so haunted by his daughter, Thea, leaving for America?

2. Can you justify Inger’s attitude toward Odd Einar when he returns home from the north, practically back from the dead? In what ways is her position similar to, and different from, Greta’s in the contemporary thread of the novel?

3. Consider the scene when Inger admits to buying a new hairbrush and mirror. What does Odd Einar’s reaction suggest about the quality of their marriage, even with their immediate grievances with each other?

4. Greta’s father, Gus, is present for most of the contemporary section of the book, a  reminder of what she inherited from her ancestors. How does he help her see the truth of the “perfect marriage” she assumes her parents had, and the messiness of any relationship? (73)

5. Describe the root of Greta and Frans’s conflict and separation. What makes her come to realize the inherent faults of their marriage? Consider her statement: “What she longed for was not some former version of themselves . . . but rather for something it had never been. Never could be” (39).

6. How does Greta’s decision to be with Stig upend traditional gender roles of twenty-first-century culture at large as well as within her own family’s lineage? With whom does she relate most when it comes to her ancestors’ conflicts of the heart?

7. How does Greta’s learning about her family’s roots in Norway alter the urgency of her marital dilemma? What shifts in her priorities once she starts drawing more connections between her past, present, and future? Did you think her behavior was responsible?

8. Did Frans’s apology change your impression of his infidelity, or of his and Greta’s marriage in general? What do you think prevents Greta from forgiving him, and sticking with the status quo of her life after she’s experienced the alternative world with Stig?

9. Do you think she is more drawn to Stig as a person, whom she describes as “the whole wide sea,” or the idea of him, including his relationship to her family heritage (308)?

10. What significance does Odd Einar’s written story have on his community and his progeny? Consider what Granerud tells him: “When people read your story, they will already know it. . . . Because who among us has not been lost in the night?” (84). How does this prophecy play out in the contemporary narrative of the novel?

11. What is the role of religion for Odd Einar, especially when he is at sea? Would you describe his view of life as spiritual in any way, and if so why?

12. What is different about the voice of Odd Einar’s first-person narrative sections in the present of the novel compared to his reflections of life on the ship? In which sections does he seem more honest about his emotions?

13. How does the alternating chapter structure (1897/2017) shape the sense of time in the novel? How do the temporal boundaries collapse between the generations, including in the final chapter?

14. What is the significance of a new year beginning for both sections of the novel? How does the season’s turnover propel the characters’ sense of personal revival forward?

15. What compels Greta to finish her great-great-great grandfather’s story? In what ways does her life interject or continue the themes he set in motion more than a century earlier?

How to Make an American Quilt
Whitney Otto

She Gets That from Me
Robin Wells
Back to Top