The Body in Question Reader’s Guide 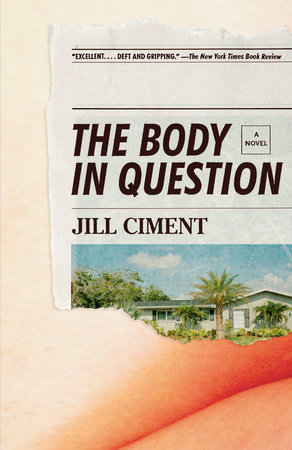 The Body in Question Reader’s Guide

The questions, discussion topics, and reading/viewing list that follow are intended to enhance your reading group’s discussion of The Body in Question, Jill Ciment’s masterful novel about an affair between two sequestered jurors on a Florida murder trial.

A 52 year-old photographer and a 41 year-old anatomy professor are jurors sequestered during a sensational three-week trial: a toddler murdered by one of his twin sisters. At the court appointed cut-rate motel off the interstate, they fall into an intense, furtive affair, but it is only during deliberations that the lovers learn they are on opposing sides of the case. Suddenly they look at one another through an altogether different lens. After the trial, the photographer returns to her much older husband amidst an ongoing media frenzy over the case. But the judge has received an anonymous letter about the affair, and she is preparing to release the jurors names. From that point on, the photographer’s “one last dalliance before she is too old” takes on profoundly personal and moral consequences, as The Body in Question moves to its affecting, powerful, and surprising conclusion.

1. What is the significance of the title? Whose body is the body in question? The baby’s? The defendant’s? Hannah’s or Graham’s, or both bodies? Hannah’s aging husband’s? The body of evidence during the trial?

2. Describe the central Florida setting of the novel. How does the sweltering, claustrophobic Florida weather and the Econo Lodge where the jurors are sequestered mirror the case itself, and also Hannah’s and Graham’s affair?

3. Hannah is somewhat relieved to be chosen for the jury in order to escape her aging husband for a little while. Contrast this with his reaction to “being alone for twenty-one days at eighty-six, cocooned in [his] diminishing senses—this is a different level of loneliness than she has ever experienced” (p. 16). In what ways does this passage capture their 30-year age difference?

4. Discuss how The Body in Question explores themes of aging, sex and desire, and death—separately and in concert with each other.

5. Hannah contemplates her role as juror, “This judgement is as close as mortals get to God. She can sense that the other jurors are humbled as well” (p.21). Have you ever served on a jury? How did deciding someone’s fate feel to you? What is the importance of being on a jury?

6. Discuss why Hannah “would like one last dalliance before she gets too old” (p. 33). Does this affect your opinion of her? Does this make you more sympathetic to her, or not?

7. Hannah contemplates her role as juror, “This judgement is as close as mortals get to God. She can sense that the other jurors are humbled as well” (p.21). Have you ever served on a jury? How did deciding someone’s fate feel to you? What is the importance of being on a jury?

8. Describe both Hannah’s husband and Graham. One difference (besides their ages—86 and 42, respectively) is captured on page 50, “Her husband would never have asked that tiresome question, for which there never is an answer.” How else are they different? Are they similar at all?
v

9. “Art is a conversation.” (p. 61). Describe Hannah’s art and her feelings on being an artist. Discuss the importance of creativity and art in Hannah’s life

10. “At fifty-two, she has a different kind of sexual power than she had at twenty-four. She doesn’t like this new kind of power one bit, but she also can’t get enough of it” (p. 77). How is Hannah’s sexual power different? In what ways does it change her?

12. “All the bones and bumps couple together in practiced, comforting compression, like an old mattress whose imprint you naturally fill” (p. 93). How does this describe what Hannah and her husband’s relationship has become? Discuss their marriage. Throughout The Body in Question, why is he always called “her husband,” and has no given name?

13. Hannah and Graham are called “C-2” and “F-17” in part one? Why are their names withheld until part two? Does knowing their names affect your feelings about them?

14. As the jurors deliberate the case, Hannah and Graham find themselves on opposing sides. She questions if she really likes or even knows him. “He voted guilty. How did she get him so wrong? Are people that unknowable? Who did she believe those beautiful feet belonged to?” (p. 109) How does this complicate things for the two of them?

15. Why does Hannah change her mind about her verdict, from not guilty to guilty?

16. Hannah’s husband finds out about the affair in tandem with finding out he is dying. How is dying another betrayal? How does this affect Hannah’s guilt and her husband’s forgiveness?

17. How do you feel about assisted suicide? “This is the bravest, kindest act she has ever done” (p. 159). Do you agree? Would you do this for a dying loved one?

18. Describe what makes Jill Ciment’s storytelling and writing style so unique. How does she tell this story? How does the plot unfold?

19. How do Hannah’ and Graham’s professions affect how they view the world and interact with others? Are Hannah, as a photographer of bodies, and Graham, a physician and anatomy professor, more sensitive to each other and to the case than the other jurors?

20. The Wall Street Journal calls the novel, “a smart, compact, refreshingly unsentimental exploration of the persistence of desire amid the fact of death.” Discuss this quote and whether you agree with it or not.

Jill Ciment was born in Montreal, Canada. She has received many grants and awards, among them a National Endowment for the Arts fellowship, two New York Foundation for the Arts fellowships, the Janet Heidinger Kafka Prize, and a Guggenheim fellowship. A professor at the University of Florida, she lives in Gainesville, Florida, and Brooklyn, New York.

Learn More About The Body in Question
print

The Right Thing to Do (Short Story)

Rizzoli & Isles: Listen to Me

Murder in the CIA
Back to Top