Madhouse at the End of the Earth Reader’s Guide 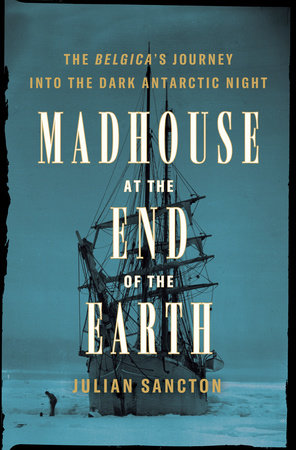 Madhouse at the End of the Earth Reader’s Guide

print
Madhouse at the End of the Earth Reader’s Guide

1. The author opens part one of Madhouse at the End of the Earth with an epigraph: “Sometimes science is the excuse for exploration. I think it is very rarely the reason,” a quote from George Leigh Mallory. Do you agree? Why or why not? Do you believe it applies to the voyage of the Belgica?

2. Why do you think the South Pole in particular was so fascinating to de Gerlache and his crew?

3. In order to plan and execute his own polar excursions before joining the Belgica, Frederick Cook relies heavily on the knowledge and skills of indigenous people, including two young Inuit siblings who he brought to live with him in New York and ultimately used in a “traveling Arctic showcase” in the city. Discuss the way that Cook and his contemporaries depended on the labor and knowledge of indigenous people in explorations of this nature. Do you find these arrangements fair?

4. After making landfall in the Antarctic, Amundsen is thrilled to ski across the snow in what he supposes is the very first ski trip on the continent; Sancton writes, “It was a minor exploit, to be sure, but it was his first first.” What do you make of the explorers’ preoccupation with being the first, even in a minor arena like skiing? Do you feel that same “urge to reach the top of things”? Why or why not?

5. De Gerlache fears meeting his death in the Antarctic ice pack, but more acutely, he fears unfavorable treatment in the Belgian press—whether for hiring a crew with non-Belgian members, not achieving the voyage’s stated mission, or falling short of his goals, among other reasons. Why might he feel this way about the press? Do you believe his fears negatively impacted his decision-making? Do you see evidence that modern public figures have similar trepidation about the press today?

6. In order to free the Belgica as the men approached their second winter lodged in Antarctic ice, Sancton writes that it required “an almost inconceivable amount of effort” from the exhausted, ill, and downtrodden sailors aboard the ship.” Where do you think the men gathered the strength to cut themselves free? Why do you imagine it took so long to develop this plan and put it in action?

7. The “Herculean effort” required to cut a canal through the ice to attempt to free the Belgica “didn’t sap the men’s energy but, on the contrary, replenished it.” Alongside the positive physical effects of invigorating labor, the hope of escape was also instrumental in bringing many of the sailors back from the brink. Discuss why hope might have this effect on the men.

8. Cook points out that aside from a copy of the Bible, there were no religious texts on board. What role did religion play in this expedition?

9. Upon returning to Belgium, de Gerlache and the remaining crew were welcomed with hearty festivities and prestigious awards. According to Sancton, however, “a journalist observing the festivities noted that the men looked ‘disoriented’ and ‘unsettled’ by the attention.” Discuss this major change in mindset among the sailors, most notably de Gerlache. Would you feel the same disorientation amid pomp and circumstance after having survived a similar ordeal? Why or why not?

10. Discuss the lives of Amundsen and Cook following the Belgica’s return. The two men, so close during their Antarctic expedition, went on to carry out similar feats over the years with (incredibly) varied results. Why do you think Amundsen succeeded where Cook could not?

11. As discussed in the Notes and Sources, Sancton draws primarily on firsthand accounts and diaries of the sailors aboard the Belgica to write Madhouse at the End of the Earth. Are they trustworthy, in your opinion? Why or why not?

12. Having finished the book, discuss the expedition and its legacy. Did the fate of any of the men surprise you? Do you think the Belgica was successful in its voyage?

Learn More About Madhouse at the End of the Earth
print

All That She Carried
Tiya Miles

Confederates in the Attic
Tony Horwitz

Into the Silence
Wade Davis

That Dark and Bloody River
Allan W. Eckert
Back to Top