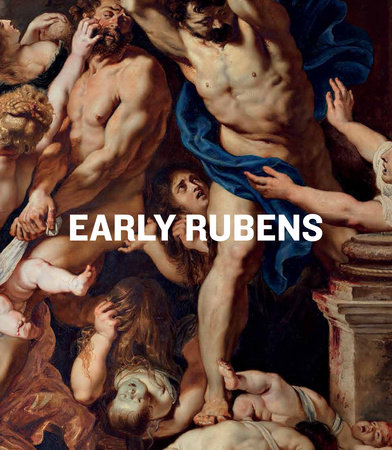 This book charts the evolution of Peter Paul Rubens’s style from 1608 until 1620 and his rise from relative anonymity to celebrity.

In 1600, Peter Paul Rubens left his home in Antwerp to travel to Italy and study the Italian masters. Eight years later, he returned to Belgium and quickly established himself as one of the foremost painters in Western Europe. This book explores Rubens’s work from 1608 until 1620 and how, acutely aware of the possibilities for commercial success, he rose to fame by establishing a “brand” and promoting himself. He created multiple versions of paintings with subjects that had proven to be successful, used similar subject matter of famous artists in the past, and sought collaborators to create more ambitious works than he could have done alone. He also created a studio and workshop with numerous students and assistants, the most famous being Anthony van Dyck, who frequently collaborated with Rubens. Through paintings, drawings, and prints, this book shows how a desire for commercial success influenced and changed Rubens’s artistic style. Essays delve into Italy’s effect on Rubens, on the narrative aspect of his paintings, and how he managed commissions from famous patrons. Filled with new insights on the most fruitful phase of Rubens’s career, this book offers a refreshing look at one of the most influential Baroque artists.
Copublished by the Art Gallery of Ontario and DelMonico Books