The Neighbors Are Watching Reader’s Guide 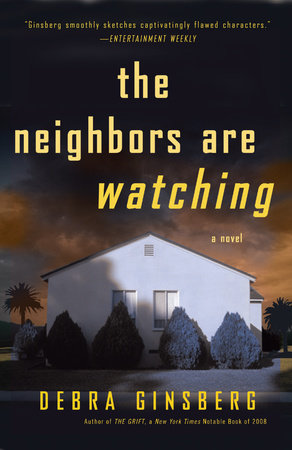 The Neighbors Are Watching Reader’s Guide

1. The Neighbors Are Watching is told from the multiple points of view of several neighbors who all have very different perspectives on the same series of events. Is there one neighbor who seems to have a more objective view than the rest? Why or why not?

2. Pregnant teenager Diana shows up on the doorstep of a father who has never met her and settles into a neighborhood that is not quite accepting of her. Who bears the most responsibility for what happens to her? Is it Joe? Allison? The entire neighborhood? Or perhaps just Diana herself?

3. Everybody on Fuller Court has a secret or something he or she is hiding. Whose secret is ultimately the most corrosive and/or does the most damage? Why?

4. Did Yvonne do the right thing by letting Diana go live at her father’s house? What would you have done in that situation?

5. In their quest to either help or hinder, several of the Fuller Court residents poke their noses into the business of their neighbors. On the other hand, just as many turn a blind eye to behavior or events they’d rather not think about. Where is the line between meddling and concern when it comes to our neighbors?  When would it be necessary to interfere?

9. Throughout the novel, Diana is seen and judged through many different pairs of eyes. Likewise, the stories she tells about herself are interpreted differently depending on who is listening. Who is the real Diana? Which of her stories are true?

10. For most of the novel, Joe’s main complaint—and justification for never acknowledging his daughter—is that he did not have a choice in whether or not to have a child, therefore he shouldn’t bear the responsibility of raising her. Do you agree with him? Why or why not?

11. Is the Fuller Court of the beginning of the novel a place you would want to live? How about at the end? Why or why not?

12. Is Fuller Court a place you recognize? Do you know any of these neighbors? Do you know what your neighbors are up to?
Learn More About The Neighbors Are Watching
print

The Other Son
Alexander Soderberg

The Interpretation of Murder
Jed Rubenfeld

A Touch of Frost
R.D. Wingfield

The Girl in the Maze
R.K. Jackson

At What Cost
James L’Etoile

The Lincoln Highway
Amor Towles
Back to Top