The Closer You Get Reader’s Guide 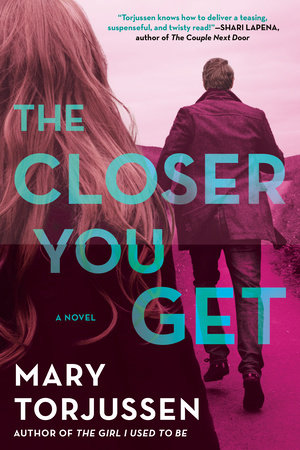 The Closer You Get Reader’s Guide

print
The Closer You Get Reader’s Guide

The Closer You Get
Mary Torjussen
Discussion Questions

1. On the night Ruby left home, Harry wrote to tell her not to leave and explained why. If Ruby had read the e-mail in time, do you think she would have stayed with Tom?

2. When Jane confronted Harry about his affair, he told her he would dump Ruby immediately. Should Jane have told Emma what was going on, or do you agree with her that it would have been better for Emma if she remained in ignorance? Would you answer differently if Emma hadn’t been pregnant?

3. Emma and Tom slept together after discovering that their spouses were having an affair. Would you still consider this infidelity on their part? Or was this revenge, or something else?

4. What do you think Tom’s intentions were toward Emma and her baby? Did he sincerely believe he was the father and simply want to be involved, or did he just want to control Emma? How much did his divorce, which led to him living apart from his son, affect the way he behaved with Emma?

5. If Emma hadn’t realized Harry was having an affair and hadn’t gotten pregnant, do you think Ruby and Harry would have had a happy life together, given how their relationship started?

6. What should parents do if they realize their adult children are involved with a controlling partner?

7. Do you think Tom’s controlling behavior will have any effect on Josh’s adult relationships in the future?

8. Do you think Sarah was telling the truth when she said that Harry threw away the letter from Ruby? Might Sarah have had other reasons for the way she responded to Ruby?

9. Do you think Tom thought he was happily married? If not, why do you think he didn’t leave Ruby?

10. If Ruby and Tom had had a child a few years earlier, do you think they would have been happy together or do you think Tom would have always ended up trying to control her?

11. Do you think Emma would have still protected Ruby if she’d seen her actually push Tom?

12. Who do you think has the best chance of a happy relationship with a new partner now: Ruby, Emma, or Harry? Why?
Learn More About The Closer You Get
print

Fire in the Blood
Perry O’Brien

The Virgin of Flames
Chris Abani

The Year of the Hare
Arto Paasilinna

For God and Country
Jerome Prescott

Confessions of the Fox
Jordy Rosenberg