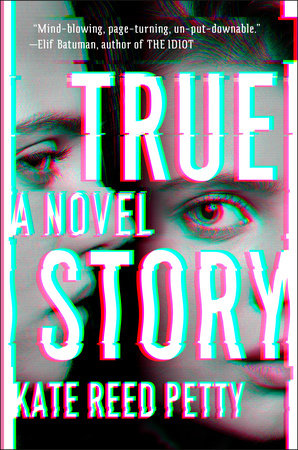 
“You’ve always been so sure of the story you want me to tell, the story you’ve been asking me for since we were seventeen: the story about the things that happened while I was asleep. ‘It’s your story,’ you would say. ‘If you don’t let it out, it will take over your life.’ But the story is mine only as the victim owns the prosecution, or the whale the harpoon. Telling it has always been the privilege of the perpetrators, who have the actual facts, and of the bystanders—like you—who believe they know.”

In the fall of 1999, Nick Brothers and his high school lacrosse teammates are on top of the world. The reigning state champs, their chief goals are defending their title and throwing one “legendary” party after another; their only concern is that they haven’t faced any hardships in life worth writing about in their college essays. Until two members of the team brag about hooking up with a private school girl on the way home from a party, and the rumor—of what some view as a drunken hook-up, others an assault—spreads through the town like wildfire.

The team denies the allegations and, with Alice unable to remember what happened and no tangible proof of the crime, the case is dropped. Eventually, the town moves on. But not everyone can.

Fifteen years later, four people who were present that night—a reclusive ghostwriter, a recovering alcoholic, a documentary filmmaker, and a wealthy entrepreneur—find that the story continues to reverberate through their adult lives and to connect them to one another in ways that they don’t fully understand. When Alice realizes that she may finally have the opportunity to confront the past she can’t remember—but which has nevertheless shaped the course of her life—it threatens the stable sense of self that she’s worked so hard to build.

In sections told from different points of view, each more propulsive than the last, author Kate Reed Petty peels back the layers of mystery as we barrel toward the truth of what really happened that night, and of what came after. Shifting between genres and rife with “found documents”—including screenplays, emails, and even college admissions essays—True Story is a breathtaking exploration of how the past can haunt the present, of the nature of truth and memory, and of the power of words and stories both to liberate and to bind us.

1. Discuss the title of the novel. Why do you think the author chose this title? What is its relationship to the story?

2. What is your definition of “truth?” Is it different from fact? How does context shape what (and who) people hear and believe? Do you believe fiction to be an effective medium for exploring truth, even though the events of the story are constructed or imagined?

3. True Story explores the great and terrible influence that stories can have on our lives. How is Alice’s life and identity shaped by the stories that she and others tell? What do you make of her occupation as a ghostwriter and her effort to refine and polish personal stories and voices for public consumption? What gives a story its power?

4. Discuss Haley and Alice’s friendship and how it changes over the years that the novel spans. In what ways to they understand or misinterpret each other? What is each seeking from the other? How do their expectations for Alice’s story differ, and why?

5. Did your opinion of Nick evolve over the course of the novel? Did you empathize with him at any point? How did you feel about the revelation regarding Nick at the end of the novel?

6. Discuss the themes of loyalty, atonement, and forgiveness threaded through the novel. When are the characters acting from a place of personal conviction, and when are they acting out of a sense of social pressure or obligation? Do you think forgiveness is always a possibility, and if so, what makes it possible?

7. True Story examines power dynamics in a variety of relationships—platonic, sexual, romantic, even paternal. Consider Nick’s hazing by his lacrosse teammates and his devotion to his coach, the evolution of Alice’s relationship with Q, or any other such relationships that you see in the novel. How does power function in these relationships? Which did you find most compelling, and why?

8. Author Kate Reed Petty incorporates elements from a range of fictional genres, including suspense, horror, and noir, into her novel. Why do you think that is? What is the effect on the novel?

9. As a teenager, Alice uses horror to process her trauma. Do you believe that art that is frightening or disturbing can have power beyond shocking or scaring us?

10. True Story is rife with “found documents,” including screenplays, transcripts, emails, and essay drafts. How did these different mediums affect your reading of the story and your understanding of the characters? Which of these elements did you find especially effective or poignant? Do you think that you would have experienced the story differently if these parts of the novel were replaced with more straightforward or plain text?

11. Petty has said that, during the years she spent writing True Story, a consistent response has been that the story is very “timely”—issues around sexual assault, gendered power dynamics, and which voices get heard are, she says, “unfortunately perennially timely.” What do you make of that assessment? Do you think that the “Lax World” section of the book (set in 1999) could have taken place today? If not, how would it be different?

12. Finally, how would you characterize Alice’s personal transformation over the course of the novel? What kind of life do you think she will have going forward, and how will she apply her talents?

Kate Reed Petty has been recognized with a Narrative magazine 30 Below Award and a 2017 Rubys Artist Grant. Her short fiction has been published or is forthcoming in American Short Fiction, Blackbird, Ambit, and Nat. Brut, and her nonfiction has appeared in Los Angeles Review of Books, and more. She is the author, with artist Boya Sun, of the children’s graphic novel Chasma Knights. She has had held residencies at Bloedel Reserve and The Mount, and has a master of letters from the University of St. Andrews in Scotland. She lives in Baltimore.
Learn More About True Story
print

One For Sorrow
Christopher Barzak

Manhattan Is My Beat
Jeffery Deaver

The Fire Engine that Disappeared
Per Wahloo and Maj Sjowall

The Scent of Rain and Lightning
Nancy Pickard

How to Be Lost
Amanda Eyre Ward

Another City, Not My Own
Dominick Dunne
Back to Top