Something New Under the Sun Reader’s Guide 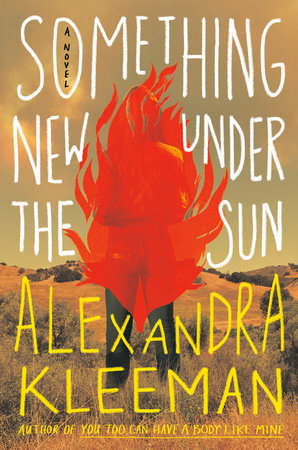 Something New Under the Sun Reader’s Guide

print
Something New Under the Sun Reader’s Guide

1. Our introduction to Cassidy is the viral pharmacy video. How did you feel about her while reading this scene? How did your feelings change, if at all, as the novel progressed?

2. Do you think Patrick’s motivation to go to California was selfish, or was he really seeking a better life for his family? Discuss.

3. Both Patrick and Alison often fail to understand what the other person is actually saying, or what they really need. What does Patrick need? What does Alison need?

4. Alexandra Kleeman writes that Cassidy’s “presence makes actors of them all, as they set about doing the exact thing they had been doing before with renewed purpose, carefully ignoring the focus of their attention.” Have you ever had an experience like this? Who was the person, and why do you think you felt this way?

5. In what ways does Cassidy use her celebrity throughout the novel? How do people use her in turn?

6. Did you see WAT-R as completely harmful, or did it have any benefits? Did WAT-R remind you of anything in our world?

7. At Earthbridge, the residents share the piece of news or climate change prediction that was their “burning bridge”—the sign that there was no going back to life as they’d known it. What was your burning bridge, or, if you don’t have one yet, what do you think it might be?

9. Starting with the Tom Stoppard passage at the beginning of the book and continuing throughout is the idea that we sometimes need another person to witness something alongside us to believe it’s real. How did Patrick and Cassidy fill this role for each other? Where else did you see this concept playing out in the novel?

10. How did you feel reading about WAT-R’s effect on the natural world—the strange clouds, the unfamiliar smoke, the melting flowers? Why do you think Kleeman chose to share these details with us, even though the characters never quite discovered them?

11. When we finally hear Alison’s perspective on the lawn incident, it’s a bit different than the complete breakdown we were led to believe she had. What did it mean for Alison? How do Alison and Patrick’s perspectives on that night differ?

12. Discuss Nora’s prediction that “there are no people in the future.”

13. To you, what did the men in grey suits symbolize? Do you think they were real?
Learn More About Something New Under the Sun
print

The Handmaid’s Tale and The Testaments Box Set
Margaret Atwood

I Never Promised You a Rose Garden
Joanne Greenberg

After the Sun
Jonas Eika

The President and the Frog
Carolina De Robertis

The Witches of Eastwick
John Updike