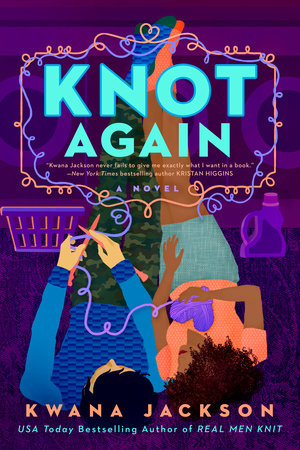 1. Lucas is the second of the Strong brothers to express internalized guilt over Mama Joy’s death. Do you think this is a way of coping for the brothers instead of dealing directly with her death?

2. In high school, Lucas had a crush on Sydney. Why do you think he didn’t let Sydney know how he felt? Was it out of fear, or was it a sacrifice?

3. Did Sydney make the right initial decision to listen to her mother and leave Harlem?

4. Do you think Sydney’s mother was intentionally pushing her daughter in the wrong direction or just trying to do what she thought was best for her?

5. What were Sydney’s reasons for leaving her marriage and returning home? Do you agree with them?

6. Both Lucas and Sydney see themselves as loners when in reality they each have pretty strong support networks. How do their friends and family give them strength?

7. Do you believe in soul mates who are meant to find their way back to each other? Are Sydney and Lucas destined to be together?

8. A running theme the author explores is that love takes courage. How is this shown in the relationship between Sydney and Lucas and in their interactions with friends and family throughout the novel?
Learn More About Knot Again
print

Not That Kind of Guy

It Happened in Scotland

The One Real Thing
Back to Top