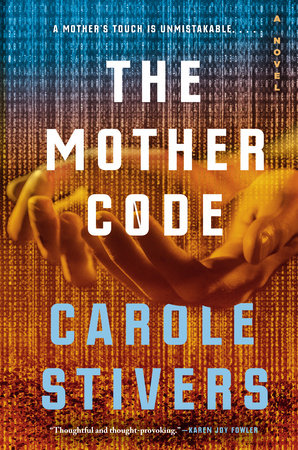 1. There are two time lines in The Mother Code: the earlier one telling the story of the adults, and the later one telling the story of the children and their Mothers. The author chose to tell these stories in parallel, switching back and forth between the two time lines in the first half of the novel before merging them. Why do you think this choice was made? How might you have viewed the story differently had it been told chronologically from beginning to end?

2. In The Mother Code, the author eschews the portrayal of “superheroes,” “evil scientists,” and “cruel dictators.” Do you think that there are clear protagonists or antagonists in this story? If so, who and why?

4. In the end, did you feel that James’s concern for the safety of the children and his actions as a result were justified? Would you have done the same thing he did?

5. Rick Blevins never fully trusts James Said, a problem that results in Rick’s own flawed decisions. Did you ever suspect James’s intentions? Do you understand why Rick might have?

6. When did you first realize who Kai’s biological mother was? When did you realize the identity of Kai’s father? In what ways were these links important to the plot?

7. How did you feel about the death of one of the key characters? Were you surprised when it happened?

8. Was there one character with whom you identified the most throughout this story? If so, who and why?

9. How likely do you think it is that a government might intentionally release a bioweapon as potentially dangerous as IC-NAN?

10. The goal of the New Dawn project was to replicate the personalities of the human biological mothers in the artificial intelligence of the Gen5 bots. Do you think this project succeeded? Why or why not?
Learn More About The Mother Code
print

The Nobody People
Bob Proehl

The Speed of Dark
Elizabeth Moon