Who Rescued Who Reader’s Guide 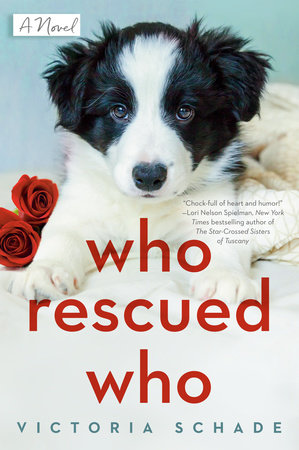 Who Rescued Who Reader’s Guide

print
Who Rescued Who Reader’s Guide

Reader’s Guide for WHO RESCUED WHO
Discussion Questions


1. Elizabeth uses social media as a stand-in for real relation-ships. How does this behavior hinder her when she arrives in Fargrove? Have you ever found yourself focusing more on “getting the shot” than participating in an important life event?

2. How did losing her mother and her subsequent relationship with her father shape Elizabeth? Do you think her life would’ve been different if her mother hadn’t died at such a pivotal point in Elizabeth’s life?

3. Elizabeth initially assumes that Rowan and Trudy’s dog, Major, doesn’t like her, partly because she believes that she isn’t a dog person. What are some of the dog behaviors she misunderstands? How do the dogs of Who Rescued Who— including Porter, Amber, and Georgina—change her view of dogs?

4. Puppyhood is challenging even for experienced pet parents, and when we meet Georgina she’s a typical out of control puppy. Why do you think Elizabeth didn’t give up on Geor-gina, even though she had no clue about what she was doing?

5. In some ways Elizabeth is forced into becoming a part of Fargrove. How do her new friends and family push Elizabeth outside of her comfort zone?

6. Elizabeth rediscovers her love of painting while in Fargrove, which helps to foster her relationship with Rowan, as well as the animals around her. Do you think their relationship would’ve been different if they didn’t have painting in com-mon? Do you believe that certain talents are passed down within families? Do you have a hobby that you wish you could pick up again?

7. Elizabeth experiences family love, romantic love, and friend-ship love in Fargrove. Which do you think has the most im-pact on her?

8. Elizabeth’s name is an ongoing theme in Who Rescued Who. Why do you think Rowan immediately started calling her Bess? How does Elizabeth’s eventual acceptance of her nick-name reflect the changes she’s been through?

9. How does the realization of everything that happened be-tween Elizabeth’s father, Rowan, and Trudy change her per-ception of them? Have you ever learned a family secret that changed your family dynamic?

10. Even though we tend to think that the human end of the leash is the one doing the rescuing, the benefits usually  extend to both ends. How do you think Georgina rescues Elizabeth?
Learn More About Who Rescued Who
print

The Garden of Small Beginnings
Abbi Waxman
Back to Top