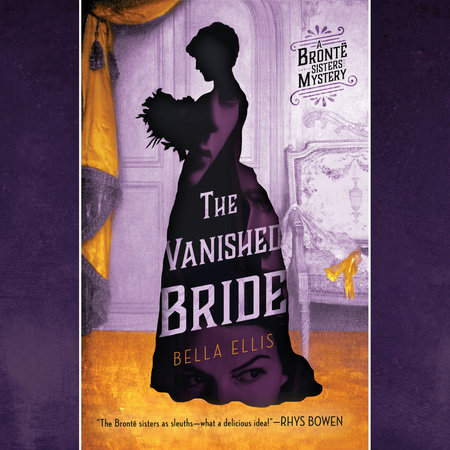 Readers guide for THE VANISHED BRIDE
Questions for Discussion

1. The Vanished Bride is set during a cold, rainy time on the moors—“a typical Yorkshire summer.” How does the setting influence the tone of the book? How does it evoke the Brontës’ novels?

2. Anne is described as wearing “her mildness like a kind of disguise . . . hiding a warrior within,” while Emily shuns convention. Do you think either of these ways is an easier approach to life or a harder one? Which would you choose?

3. The sisters love their brother, Branwell, but also find his drinking and self-destructive tendencies frustrating. Did you find Branwell to be a sympathetic character?

4. Emily believes she feels the presence of Imogen, Mr. Chester’s first wife. Do you think Imogen was really there, or is it just Emily’s vivid imagination?

5. Mattie falls in love with Mr. Chester despite knowing about his violent tendencies. Can you sympathize with how she feels? Does this dynamic remind you of any characters in the Brontës’ novels?

6. Emily believes that the sisters’ imaginations will help them to uncover the truth better than the authorities. How much does their power of imagination aid them in solving the mystery? How much does it help them cope with the difficulties of their daily lives?

7. Mrs. Crawley hides her son’s nature and her own identity in order to protect him. Are her actions in doing so understandable? Does she share any of the guilt for his crimes?

8. Many of the women in The Vanished Bride feel unable to live the lives they truly want or express their desires openly, due to societal restrictions. How much have things changed for women since then? How much have they stayed the same?

9. Why do you think we remain fascinated by the Brontës?
Learn More About The Vanished Bride
print

In Royal Service to the Queen
Tessa Arlen

The Rebels of Ireland
Edward Rutherfurd

Here We Are
Graham Swift

Whiskey When We’re Dry
John Larison
Back to Top