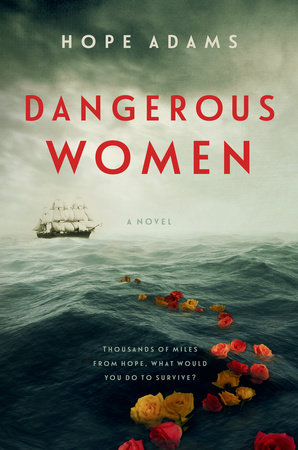 1. Transportation, the act of sending convicted criminals to exile in penal colonies across the globe, was a harsh sentence. But in Dangerous Women, there are at least two characters who regard leaving England as an escape. Can you sympathize with this viewpoint?

2. Kezia Hayter was a deeply religious young woman, which translates in the novel as her search for justice and mercy in the face of an unspeakably horrible act. Are there other aspects of the narrative which reflect Kezia’s faith?

3. The story plays out through the eyes of the three main female characters. What do you think it might have been like told through the voices of three men? For example, James Donovan or the Captain?

4. The Rajah Quilt was the inspiration for this novel. But much of the novel could be told even if no quilt had been made. What difference does its making have on the story?

5. The women aboard the Rajah are in many ways deeply flawed. But one could argue that the motivation for their crimes came from a desire to make things better for people in some way (especially for Clara or Hattie). Do you think this is right?

6. Similarly, many of the female convicts were convicted of crimes they committed because of their poverty. Did the nature of their crimes fit the punishment they received? Do you think you would have been more understanding of their crimes?

7. The voyage of the Rajah in 1841 was a very peaceful and pleasant one, according to the logs we have of the trip. One woman died of natural causes and there was not much ill health. But, as they say, “happiness writes white.” What difference does it make to have a suspense element in the mix?

8. Do you think Clara deserves a second chance even though she used deception and lies to get it?
Learn More About Dangerous Women
print

The Fist of God
Frederick Forsyth

The Silence of the White City
Eva García Sáenz

Our Game
John le Carré
Back to Top