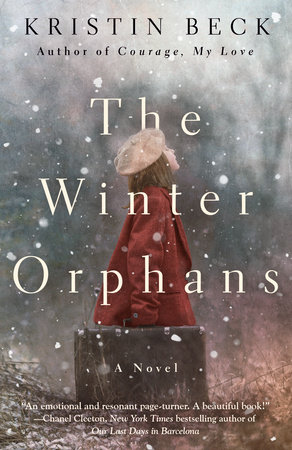 
1.    In the beginning of the story, Rösli views herself as an outsider who has trouble connecting with other people. She frequently doubts herself, and yet by the end of the novel, Ella tells her, “Rösli, you were the person we needed in France.” In what ways is Rösli an unlikely hero? How is her personality, which has always caused her diffi- culty, just right for the challenges she faces?

2.    From the outset, Ella believes that it is dangerous to maintain hope. In her experience, “the second hope swam in, the world’s hatred crashed down like a wave and washed it all away.” Yet, as the story progresses, Ella slowly changes. What gives Ella hope amid the darkness? What helps her carry on?

3.    At the first meeting between Rösli and Anne-Marie, Rösli gives some crucial advice. “In France,” she says, “your conscience may require much of you, but it’s the only guide you can trust.” How does this become true for both Anne-Marie and Rösli? How is this true for Ella and Isaak?

4. Anne-Marie gathers much of her strength from nature. How does she use her connection with the natural world to bring the children under her care not only safety, but also hope?

5. There are numerous heroes in this story, all from varied walks of life and backgrounds. What qualities do they have in common? What do you think gives them the courage to act despite consequent danger?

6. Were you surprised to learn that Rösli, Renée Farny, and Germaine Hommel were dismissed by the Swiss Red Cross for their actions? Can you think of other examples of people incurring condemnation for doing what is clearly morally right?

7. What do you think about the yellow bird that appears toward the end of the story? Do you think its presence is mere coincidence or, as Anne-Marie suggests, something more?

8. At its heart, The Winter Orphans is a story of refugee children trying to find safe haven in a hostile world. In what ways is their plight similar to stories we see in the news today? What can we learn from the tale of the children of Château de la Hille?

9. The Author’s Note explains that when Rösli was named Righteous Among the Nations by Yad Vashem, she initially declined the honor. Were you surprised to learn this? Why do you think she shrank from recognition?

10. In her final line of the novel, Ella says of Château de la Hille, “It was a tragedy, but there was beauty there, too.” Many of the real children of La Hille communicated similar feelings in their memories and memoirs. What do you think they meant? In what ways did beauty exist at La Hille?
Learn More About The Winter Orphans
print

The Far Side of the Sun

The Handmaid and the Carpenter

The Ballroom
Back to Top