In Royal Service to the Queen Reader’s Guide 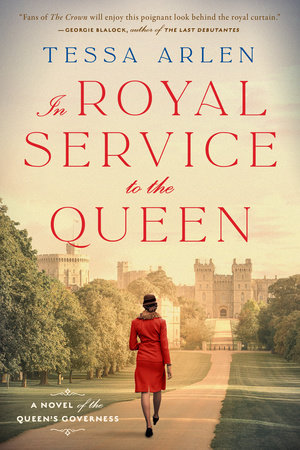 In Royal Service to the Queen Reader’s Guide

print
In Royal Service to the Queen Reader’s Guide

Reader’s Guide
In Royal Service to the Queen by Tessa Arlen
Discussion Questions:

1.   Had you heard of Marion Crawford before you read In Royal Service to the Queen and, if so, did you come to this book with any preconceptions about her relationship with the Windsor family? Or was Marion’s life as the royal governess to princesses Lilibet and Margaret Rose new to you?

3.   When Marion first meets the princesses, they are very young. How does this first meeting influence their relationship going forward?

4.   In the late 1930s and throughout the war years, Marion sought to bring a sense of ordinariness to the princesses’ lives. As portrayed in the novel, what sorts of things did she do with and expect from the princesses to offset palace formality and sycophancy?

5.   In contrast to today’s standards for female independence, do you consider Marion to be more independent than most women of her age and generation? What was Marion’s greatest fear that may have convinced her to pursue marriage with George?

6.   Lilibet is a rather serious and dutiful young woman, whereas her sister, Margaret, is outgoing and often outspoken. Which sister do you identify with? Do you believe that Marion had a favorite princess, and if she did, why?

7.   As portrayed in the novel, Queen Elizabeth, as consort to King George VI, was described in her day as, “A marshmallow made on a welding machine,” by Cecil Beaton. Do you think this is an apt description of the queen?

8.   Marion comes from a very humble background. How much influence do you think she had on the future Queen of England? Did she believe that her role as governess was to influence her charges or protect them? How did her relationship with the princesses change as they grew from childhood into adolescence and adulthood?

9.   Do you believe Marion deserved to be ostracized by the Windsor family for writing the articles about the Little Princesses for Ladies’ Home Journal?

10. Marion worked to help support her mother financially, and later, with her earnings from the Princess articles, she provided for her and George’s retirement. How does that contrast with societal expectations of women in post-WWII Britain and the United States?

11.  As portrayed in the novel, how much do you think George Buthlay influenced Marion’s decision to “go it alone” and write the articles about the princesses for Ladies’ Home Journal?

12. Marion is described as the first royal servant to “kiss and tell.” Did her book have any impact on the lives of royal servants in future years?
Learn More About In Royal Service to the Queen
print

How to Breathe
Ashley Neese

That’s Not How We Do It Here!
Holger Rathgeber and John Kotter

There Is Confusion
Jessie Redmon Fauset

The Robots Are Coming!
Andres Oppenheimer

Outlander Kitchen: To the New World and Back Again
Theresa Carle-Sanders

Tell Me You’re Mine
Elisabeth Norebäck

If God Is Good
Randy Alcorn

Bound for Sin
Tess LeSue
Back to Top