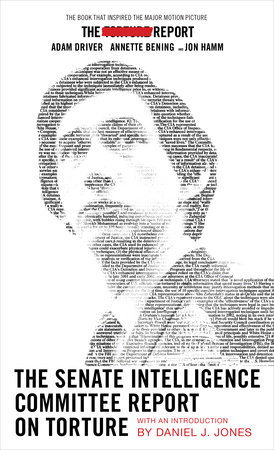 “The most extensive review of U.S. intelligence-gathering tactics in generations.” —Los Angeles Times

This is the Executive Summary of the “Committee Study of the Central Intelligence Agency’s Detention and Interrogation Program,” a U.S. Senate investigation — a.k.a., The Torture Report.

Based on more than six million pages of classified CIA documents, this report details the establishment of a covert CIA program to secretly detain and interrogate suspected terrorists.  Among other matters, the report describes the evolution of the CIA program, the use of the CIA’s so-called “enhanced interrogation techniques,” and how the CIA misrepresented the program to the White House, the Department of Justice, Congress, and the American people.

Over five years in the making, it is presented here exactly as redacted and released by the United States government on December 9, 2014, with an introduction by Daniel J. Jones, who led the Senate investigation.

The Report is a riveting thriller based on actual events. Idealistic staffer Daniel J. Jones (Adam Driver) is tasked by his boss Senator Dianne Feinstein (Annette Bening) to lead an investigation of the CIA’s Detention and Interrogation Program, which was created in the aftermath of 9/11. Jones’ relentless pursuit of the truth leads to explosive findings that uncover the lengths to which the nation’s top intelligence agency went to destroy evidence, subvert the law, and hide a brutal secret from the American public.

The Report is written and directed by Scott Z. Burns and features outstanding performances by a powerful cast led by Adam Driver, Annette Bening, and Jon Hamm. 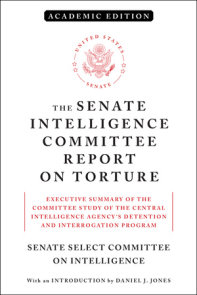 See all books by Senate Select Committee On Intelligence

“This massive chronicle of malfeasance concerns not only the efficacy of certain interrogation techniques, not only the perennial clash between spies and their civilian overseers, but something far more profound: the nation’s political soul.”
—Harper’s

“A high-quality version of the 500-some page report.”
—The Takeaway/WNYC

“The most extensive review of U.S. intelligence-gathering tactics in generations.”
—Los Angeles Times

“The Senate intelligence committee’s report is a landmark in accountability . . . It is one of the most shocking documents ever produced by any modern democracy about its own abuses of its own highest principles.”
—The Guardian (UK)

“The small independent publisher Melville House has done it, turning ‘a five-hundred-and-twenty-eight-page PDF with the slanted margins and blurred resolution of a Xerox made by a myopic high-school Latin teacher’ into a more readable text.”
—Andrew Sullivan, The Dish

“Releasing this report is an important step to restoring our values and showing the world that we are a just society.”
—Senate Intelligence Committee chair Senator Dianne Feinstein

“A portrait of depravity that is hard to comprehend and even harder to stomach.”
—New York Times

“Details the use of gruesome torture techniques used by the CIA and . . . concludes that the agency misled both the White House and Congress.”
—Christian Science Monitor

“I believe the American people have a right—indeed, a responsibility—to know what was done in their name; how these practices did or did not serve our interests; and how they comported with our most important values. I commend Chairman Feinstein and her staff for their diligence in seeking a truthful accounting of policies I hope we will never resort to again.”
—Senator John McCain

“Melville House is betting that there’s enough interest in the Torture Report that people will want to have it in book form.”
—Rachel Maddow, MSNBC

“The book business in 2015 is pretty much a crapshoot, but it’s hard to believe that even the canniest insider could’ve predicted the sales success that indie publisher Melville House has had with the Senate Intelligence Committee Report on Torture.”
—Vulture

“Given the swift and harsh condemnations of CIA interrogation tactics, the Torture Report is sure to top nonfiction charts for months to come — mark my words.”
—Bustle

“If you were wondering why it’s important that indie presses exist, HERE, THIS IS WHY.”
—Portland Mercury

“It’s quite the important and powerful idea: that simply repackaging material can make it more accessible and can perhaps make it last—truly last—in the way we need to know and remember it.”
—Ploughshares

“Small but conscientious Melville [House]…is rushing to get the report out promptly.”
—Library Journal