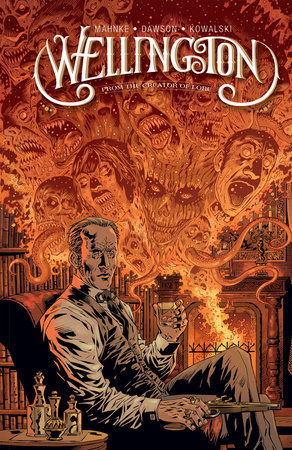 From Aaron Mahnke, the creator of Lore, comes an amazing new supernatural thriller that shines a light on the mysteries and monsters lurking in the shadows.

Meet the Duke of Wellington–one of England’s most decorated military heroes and, unknown to most, her most daring monster hunter. After receiving a letter from an old flame, the Duke of Wellington heads to the countryside to investigate a series of disturbing crimes-a mysterious murder, a missing child, and a vicious black dog roaming the hills. Featuring an amazing cast of characters and calling upon centuries of supernatural myths, folktales, and lore this thrilling graphic novel reveals the secrets behind one of history’s most illustrious figures. 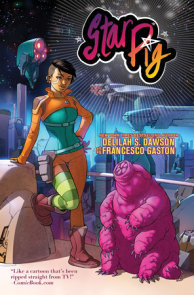 “Wellington is a fine example of gothic horror with a bit of a hook that uses a historical figure as a protagonist.” —The Brazen Bull

“Murder, mystery and creatures who mount your head on the wall oh my.” —Reading With A Flight Ring

“Good suspense, beautifully drawn. It’s like listening to a ghost story around a campfire.” —Major Spoilers