When I Ran Away Reader’s Guide 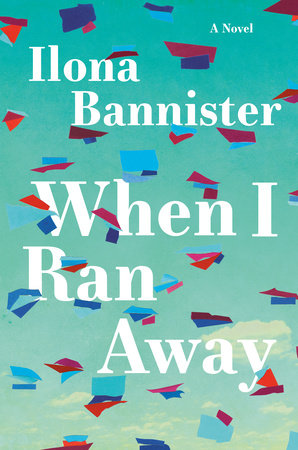 When I Ran Away Reader’s Guide

print
When I Ran Away Reader’s Guide

When I Ran Away by Ilona Bannister
Reader Discussion Guide


1)      It’s clear from their first meeting that Gigi and Harry are from different class backgrounds.  How much do their different relationships to class and money contribute to the communication difficulties in their marriage?

2)      Gigi overhears Sukie and her sisters arguing about Sukie’s decision to leave her career.  Gigi’s mental health is too fragile for her to return to the job where she had just started to achieve her career goals.  Why is the issue of returning to full-time work after having children still so fraught for so many women? How much of the pressure on mothers to work is internal and how much is based on societal expectations? How much of it comes from other mothers?

4)      If Gigi is overwhelmed by the domestic workload, why is she reluctant to hire a cleaner to help her as Harry suggests? Why does she clean before Stefka arrives?

5)      Female friendships play an important role in Gigi’s life, and her childhood girlfriends are still her main support.  Does Gigi have any friends in London? Who are the people she connects with most?

6)      The relationship between Gigi and her mother is a difficult one.  Gigi is adamant that she will not repeat her mother’s parenting mistakes.  How much was this relationship a factor in her move to London?

7)      At work Gigi befriends Charlie, an ambitious associate with two small children. Describe how Gigi’s and Charlie’s approaches to balancing motherhood and a career differ and why.

8)      When Gigi and Johnny encounter Grandma and the boy who steals Rocky’s giraffe, Gigi is reflective about her migration into affluence. Did Gigi’s identity change after moving into a more privileged lifestyle? In what ways is she the same?

9)      Gigi’s ongoing grief over the death of her brother is part of her mental breakdown.  Why does the birth of her son Rocky compound her grief instead of easing it?

10)  New Yorkers and Londoners are known for their dry senses of humor.  What is the role of humor in When I Ran Away? Did you enjoy Gigi’s sense of humor?

11)  Gigi does not communicate her feelings to Harry, yet she is disappointed that he doesn’t understand her.  How much was Harry to blame for her breakdown? Could he have prevented it or was it inevitable?

12)  How different are the images of post-partum bodies in the media from how Gigi describes her body? Why are women encouraged to return to their pre-baby bodies when childbirth irrevocably changes the female body? How much of a factor is Gigi’s body image in her depression?

Learn More About When I Ran Away
print

What a Happy Family
Saumya Dave

Time For Me to Come Home
Dorothy Shackleford and Travis Thrasher

How a Woman Becomes a Lake
Marjorie Celona