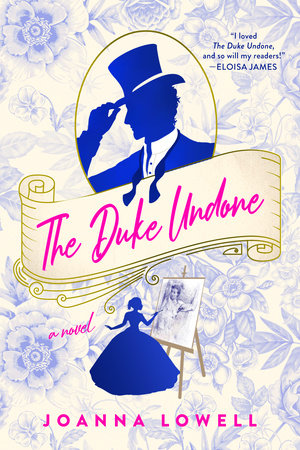 The Duke Undone by Joanna Lowell
Questions for Discussion

2. Lucy and Kate are working on behalf of equal education for women at the Academy Schools. Nonetheless, they’re critical of many of the female students. Are they reinscribing sexist assumptions even as they work for equality? How should we grapple with this kind of contradiction?

3. Why does Anthony have such a hard time freeing himself from Robert Yardley’s control? If Anthony hadn’t met Lucy, would he have let Yardley manipulate him into marrying Lavinia?

4. Like her mother before her, Effie is put in an asylum without her consent and under false pretenses. We can blame Robert Yardley’s machinations, but their confinement is made possible by the larger society, which links female sexuality to hysteria and considers women particularly vulnerable to psychological disorder. How is “madness” understood by the different characters? In what ways have attitudes toward mental health changed since the nineteenth century? In what ways haven’t they?

5. Anthony behaves self-destructively, at least in part, because of various traumas, including his family losses and his experiences in the army. What are some of the signs that he has begun to heal? Is there a particular moment you think marks a shift for him?

6. Do you feel any sympathy for Robert Yardley? What about for Lavinia? What do you think will happen to her as a result of her father’s disgrace?

7. What are the challenges to Lucy and Anthony’s happily ever after? What one piece of advice would you give each of them at their wedding?

8. If an artist were going to immortalize you in a portrait, what pose would you strike? How would you want to be depicted? Describe your portrait! Where would it hang?
Learn More About The Duke Undone
print

The Heiress Gets a Duke
Harper St. George

Once in Every Life
Kristin Hannah

While We Were Dating
Jasmine Guillory

How to Catch a Wicked Viscount
Amy Rose Bennett

How to Catch an Errant Earl
Amy Rose Bennett

Taken by the Prince
Christina Dodd

How to Fail at Flirting
Denise Williams

Attracted to the Earl
Bronwen Evans

Much Ado About You
Samantha Young

Love Not a Rebel
Heather Graham
Back to Top