Kill All Your Darlings Reader’s Guide 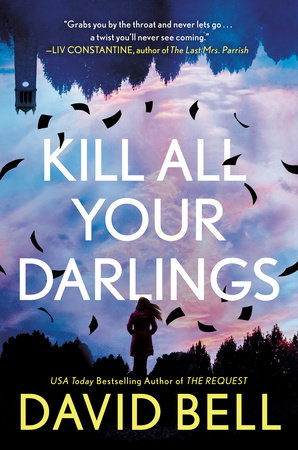 Kill All Your Darlings Reader’s Guide


1. At the beginning of the novel, we learn that Connor passed Madeline’s novel off as his own. Do you understand why he made that choice?

2. Connor lost his wife and son five years earlier. He feels as though the publication of the book is going to start to turn his life around. How well do you think Connor has handled his grief?

3. Before Madeline disappeared, she was beginning to work on her thesis with Connor as her adviser. Even though Connor wasn’t at his best, there seemed to be mutual respect and admiration between them. What did you think of their professor-student relationship?

4. Preston has been a very good friend to Connor, but he’s also very concerned with his own career and the perception of the department he directs. Do you know people like this at work?

6. Lance Hoffman has parties at his house that include drinking by underage students, and he behaves reprehensibly with Madeline when they discuss her thesis. Do you think university professors or other authority figures still abuse their power this way?

7. Rebecca is somewhat on the periphery of the events of the book, but she plays an important role when she ends up in possession of Madeline’s manuscript. Why do you think she gave the book back to Connor?

8. Zach ends up providing Connor with a key piece of information. Did it surprise you that Zach would help Connor in such a way even after he attacked him?

9. Were you surprised by who ended up being Sophia’s murderer? Do you understand why this person was willing to go to such lengths to protect their career?

10. Connor loses a lot at the end of the book, including his job, his book deal, and his reputation. But he also seems to be learning a lot about himself as he moves forward. What do you think his life will be like in the future?
Learn More About Kill All Your Darlings
print

For Your Own Good

Ghosts of Harvard
Back to Top