What Are You Going Through Reader’s Guide 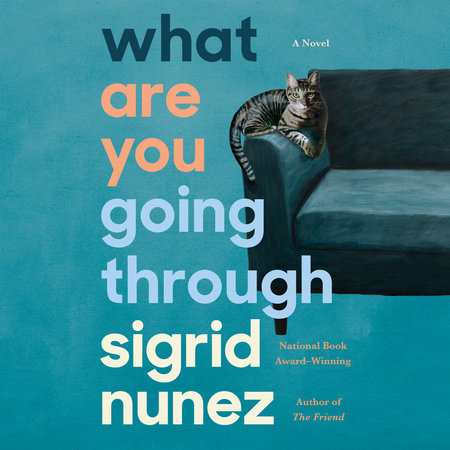 What Are You Going Through Reader’s Guide

print
What Are You Going Through Reader’s Guide

1. In What Are You Going Through, a writer grapples with the impending death of a close college friend, as well as with the anxieties, disappointments, and isolation of the ordinary people that she encounters, each with a story to tell. What do you think the characters gain by telling their stories to the narrator? What does the narrator gain in return?

2. The novel asks the reader to consider the question of how one should live, and presents very different viewpoints. Compare and contrast the attitudes of the various characters, including the narrator’s journalist ex-boyfriend, the narrator’s dying friend, the son of her elderly neighbor, and the woman from the gym. What are your personal views on the subject?

3. None of the characters in the novel are named. What do you think was the desired effect of this choice?

4. Consider the narrator’s way of associating her various encounters with texts that she’s read, movies that she’s seen, and music that she’s heard. How does this affect her ability to interpret the stories of others?

5. Discuss the relationship between the narrator’s friend and her daughter. Why do you think it is so hard for the friend to forgive her daughter, and do you understand her final decision?

6. At the conclusion of Part One, the narrator’s friend makes a request of her that will entail a daunting and life-altering task. If you were the narrator, would you have responded in the same way? Why or why not?

7. Throughout the novel, the narrator contemplates the nature of goodness. Of her elderly neighbor, she says on page 95, “I had started visiting her out of the desire to do a good thing, something that would benefit another person—two persons, if you counted her son. But could it still be called good if I’d begun to hate every minute of it, to regret that I’d ever agreed to it in the first place . . . ?” How, in your opinion, should goodness be quantified? Can good deeds be judged mainly on intention? Who else in the novel do we see striving to accomplish good deeds?

8. Guilt and pity are themes that permeate the novel. In what ways do guilt and pity inform the choices of characters, such as the neighbor’s son or the young trainer at the gym? What part do these emotions play in the relationship between the narrator and her friend?

9. Why do you think we are told the story of the adopted cat at the Airbnb? How does the cat’s story contribute to the larger narrative?

10. As the novel progresses, the relationship between the two women becomes more intimate and more intense. Did you expect this? How did you view the changes in their relationship? Was theirs a relationship of convenience? One based on mutual grief? Genuine love? Explain.

11. The title What Are You Going Through is taken from an observation made by the French philosopher Simone Weil about empathy and love for one’s neighbor, a major theme of the novel. What do you think it means to love one’s neighbor? What lessons did you take away from the book?

Learn More About What Are You Going Through
print

Your Second Life Begins When You Realize You Only Have One

Last Summer at the Golden Hotel

Neruda on the Park
Back to Top