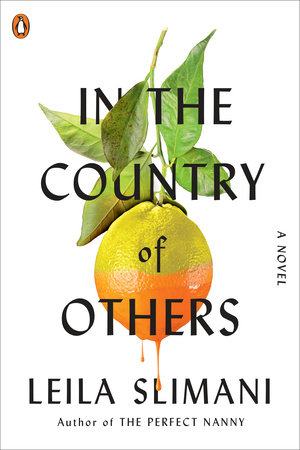 print
In the Country of Others Reader’s Guide

1. When Mathilde and Amin first meet in France, Mathilde is bold and adventurous, and she charms Amine with her bubbly personality and exuberance. But when they move to Morocco, both their personalities seem to change: Amine becomes dour and brooding, and Mathilde fearful and frustrated. Might they have evolved differently if they had stayed in France? How might their marriage have been different?

2. In Morocco, Mathilde is often incensed by what she sees as the lack of women’s rights, and is outspoken about her feelings, to the distress of Amine and Mouilala. During their first Ramadan together, for example, Mathilde protests the fact that Mouilala waits for the men to break the fast before breaking her own; Mathilde calls it “slavery.” Do you think she is right to protest on Mouilala’s behalf? Have you ever traveled to a place where your own morals and beliefs did not line up with those of the place you were visiting? How did you handle it?

3. Mouilala seems to be one of the least free characters in the novel—she is uneducated, and is rarely allowed even to leave her house—and yet she never complains. Do you think she considers herself free? Did you find it strange that she herself keeps a slave, Yasmine, and feels repulsion for Yasmine’s black skin?

4. Slimani frequently skips back and forth in time while telling the story, playing with the pacing: some seemingly inconsequential events are recounted over the course of several pages, while important events, such as the births of Aicha and Selim and the couple’s move from the medina to the farm, are mentioned only briefly. What did you think of this effect? Why might Slimani have chosen to structure the novel this way?

5. Amine and Mathilde are a strangely matched couple and are often at odds, unable to communicate their wants and needs to each other. However, there are moments of sweetness between them throughout the book, as when Amine surprises Mathilde with a Christmas tree. Why do you think they married? Do they love each other? Is their marriage a success?

6. When Mathilde visits France after her father’s death, she nearly remains there, abandoning her children. Only after Irène proves unsympathetic to her plight—saying, “You made a choice. Now you have to live with it. Life is hard for everyone, you know”—does Mathilde go back to Morocco. Upon her return, she reflects that “it was doubt that was the problem, it was choice that created pain, that gnawed away at your soul.” Once she makes her decision, and understands that “there was no escaping this life,” she feels strong, feels “the strength that comes from not being free.” What does Mathilde mean by this? Do you agree with her? How does this idea relate to the fight for Moroccan independence that provides the backdrop for the novel?

7. The fruit of the “lemange” tree in the backyard is inedible. Amine draws a connection between the tree and his own racially stratified society: “The world of men is just like the world of botany . . . In the end, one species dominates another. One day, the orange will win out over the lemon, or vice versa, and the tree will once again produce fruit that people can eat.” Do you agree with Amine’s assessment? Why does he feel that way?

8. Have you read either of Slimani’s other books? If so, do you see any similarities between those and this one, or is this a departure for her?

9. This is the first book in a trilogy about a French-Moroccan family over the course of several decades and generations. What do you think the next novel will be about? Are you hoping it will feature any character from this novel?

10. The title of the book, In the Country of Others, clearly refers to Mathilde’s status as an outsider in France. Does it refer to anyone else in the book?

Learn More About In the Country of Others
print

The Force of Such Beauty

A Traveler at the Gates of Wisdom

When the Emperor Was Divine

Those Who Are Saved
Back to Top