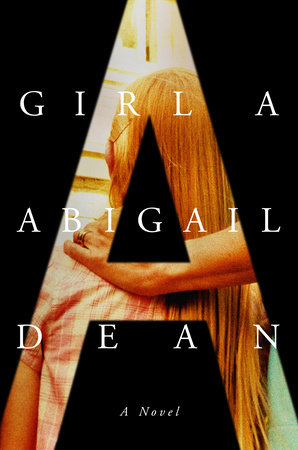 1. There are seven siblings in the novel, but the author, Abigail Dean, chose to narrate from Lex’s point of view, “Girl A.” Do you find Lex to be a sympathetic or trustworthy narrator? How does her point of view shape the way the story, and the suspense, unfold? How might the story have differed if told from multiple perspectives?

2. How do you feel about the way Lex handled her mother’s death? Did your feelings change toward her mother throughout the course of the narrative?

3. Lex’s sexual encounter in the first chapter is perhaps an example of the way she has learned to deal with her pain and trauma. What are the ways the other siblings in the novel seem to deal with the trauma? How have they “moved on”? How has trauma bound them to one another? Are there ways their shared trauma have kept them from truly connecting with one another?

4. In her conversations with JP, Lex insists that her sexual preferences and childhood are not connected. Do you believe her?

5. The psychological condition of their father and therefore the rest of the Gracie family are directly affected by religion and poverty. Discuss.

6.  Delilah and Lex have a complicated relationship, laden with tension and suspicion. Near the end of the novel, Delilah says, “But you never liked me very much, Lex.  You don’t need to start now.” Do you think that’s true? Are sibling rivalries inevitable? Do you have siblings?

7. Jolly is first described as being fervently charismatic, as many cult leaders are. Why do you think some people fall under this spell?

8.   Lex’s sense of humor functions in many ways throughout Girl A. Her humor is a way she reveals her intelligence, protects her privacy, and takes control of certain situations, just to name a few. How does her humor affect how we receive her story? Does humor heal or obfuscate healing here?

9. How do themes of power and control manifest themselves throughout the novel?

10.  For those of us who came of age during the ’80s and ’90s, news stories about abductions, child abuse, and family secrets were both a shadow hanging over us and so provocative we often couldn’t look away. How has the way our media has changed over the last twenty-five years shaped the way such news stories are told? How has that exposure helped or hurt the real people involved? How does working through such a complex set of circumstances in fiction help us understand the role we, as the viewer, the consumer, can have when it comes to how our news is reported?

11. The book ends with Ethan and Ana’s wedding. In a sense, weddings represent beginnings and are often used in books, movies, and television as the finale of a given story or plot line. What’s the role of the wedding here? Who or what is beginning? How does what we now know about Evie change the way we or Lex feels about the wedding?

Learn More About Girl A
print

We Are All the Same in the Dark
Julia Heaberlin