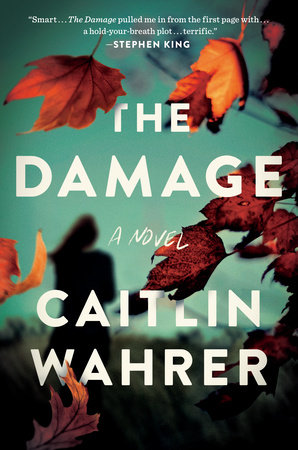 1. Tony feels a parental responsibility toward Nick as his older brother. Do you think he balances his duties well, considering the responsibility he also had toward Julia and their children? Was there any point at which you felt Tony should have made his wife and children his priority over his brother?

2. The novel only allows the reader to experience Ray Walker’s side of the story through his letters and dialogue with others. Why do you think the author made that choice? How did it affect your understanding of Ray?

3. How do the various characters’ expectations, beliefs, or feelings about gender influence their actions? Did you witness growth in any of the characters about this issue throughout the novel? If so, when?

4. Tony has protected Nick since they were both young, and he struggles with feeling helpless after learning about Nick’s rape. Do you think his reaction to the news is reasonable? Why or why not?

5. Nick’s doctor encourages him to go to talk therapy so that he can learn to “own” the story of what happened to him. When Nick asks Dr. Lamba, “Why would I want to own this?” she responds, “Because it’s yours.” What do you make of Dr. Lamba’s advice?

6. Darlene Walker—Ray’s mother—is yet another person in The Damage who ostensibly wants to protect her family. Were you able to sympathize with her?

7. How does Rice’s affection for Julia affect his work, if at all? Is the bond he formed with her appropriate? Do you think is Rice a good detective? A good person?

8. How did the dramatic irony at the end of the story—what you knew about Tony’s plan, and what Julia did as a result—affect the ending for you? What do you think would have happened if Julia hadn’t “helped” Ray “disappear”?

9. As Nick considers Julia’s request that he dismiss the case against Ray, Nick first fears that Ray will go on to hurt someone else, before Julia tells him how Ray’s story really ended. Ultimately, Nick dismisses the case in order to protect Julia from investigation. Was this the best choice? What would you have done, in that situation?

10. Detective Rice lives with guilt from his choice to hide the evidence of Julia’s crime. He believes that every new day in which he doesn’t come clean, he has committed the “sin” over again, betraying the oath he took when he became a police officer. Rice believes that if he confesses his part in obstructing justice in Nick’s case, the results of all his other cases would be cast into doubt, which would harm all those other victims. What advice would you give Detective Rice for handling his guilt?

Learn More About The Damage
print

The Hunting Wives
May Cobb

A Jury of Her Peers
Jean Hanff Korelitz

For Your Own Good
Samantha Downing

You Can Run
Karen Cleveland

Secrets to the Grave
Tami Hoag
Back to Top