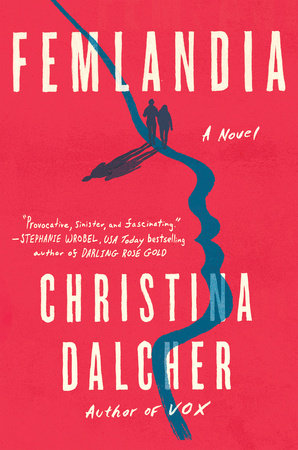 
1.   One of the quotes in the front matter is “All movements go too far.” Do you think the concept of feminism embraced by Win Somers is an example of this? What other movements—either historic or contemporary—do you perceive as “going too far”?

2.   Suppose Femlandia were Manlandia (in other words, an all-male community that used women as breeders). How would this change affect your reaction to the book?

3.   At one point, Miranda recalls her mother, Win, insisting that “anything a man can do, a woman can do equally well.” Win considers men and women to be equal, but at the same time, she believes that “Men lie; women tell true tales. Men [screw] things up; women mend the broken bits. Men fight; women keep peace.” Do you think Win contradicts herself, or is there a way to explain her worldview?

4.   If you were a librarian, which shelf would you put Femlandia on? Thriller? Women’s fiction? Science fiction? Horror? Or something else?

5.   Femlandia can be read as a near-future dystopia. What are the elements of a dystopian story? Is there one element in particular that seems dominant in the genre?

6.   There’s quite a bit of violence in the book, and this violence occurs in different contexts. Are there situations where extreme violence is justified?

7.   Win Somers and Jen Jones, the leaders of Femlandia, suffered various forms of abuse when they were younger. How does knowing their backgrounds affect the reader? Do Win and Jen deserve sympathy?

8.   Both Femlandia and Vox examine parent-child relationships. Specifically, we see that children do not always mirror their parents (and sometimes, this is a good thing!). Are these rifts always caused by outside forces, or does the parent play a role in the breakdown of a relationship? Also, how vulnerable are younger people to trends and influences that are in opposition to their upbringing?

9.   If you were in Miranda, Sal, and Nell’s position, what would you have done with Win and Jen at the end? Would you have let them stay? Do you think they’re redeemable?

10. After reading the epilogue, what do you think will happen to Femlandia? With the economy somewhat recovered, will the colony fizzle out? Will it continue as a self-sufficient community with both women and men? Or will it return to all-female, as its founder meant it to be?
Learn More About Femlandia
print

A Good and Happy Child

Everything Matters!
Back to Top