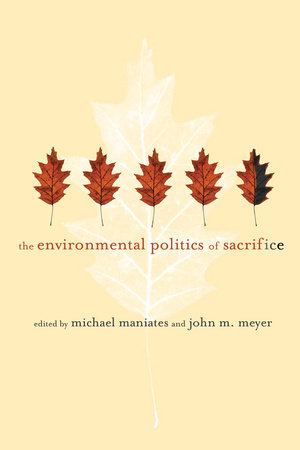 The Environmental Politics of Sacrifice

About The Environmental Politics of Sacrifice

An argument that the idea of sacrifice, with all its political baggage, opens new paths to environmental sustainability.

The idea of sacrifice is the unspoken issue of environmental politics. Politicians, the media, and many environmentalists assume that well-off populations won’t make sacrifices now for future environmental benefits and won’t change their patterns and perceptions of consumption to make ecological room for the world’s three billion or so poor eager to improve their standard of living. The Environmental Politics of Sacrifice challenges these assumptions, arguing that they limit our policy options, weaken our ability to imagine bold action for change, and blind us to the ways sacrifice already figures in everyday life. The concept of sacrifice has been curiously unexamined in both activist and academic conversations about environmental politics, and this book is the first to confront it directly. The chapters bring a variety of disciplinary perspectives to the topic. Contributors offer alternatives to the conventional wisdom on sacrifice; identify connections between sacrifice and human fulfillment in everyday life, finding such concrete examples as parents’ sacrifices in raising children, religious practice, artists’ pursuit of their art, and soldiers and policemen who risk their lives to do their jobs; and examine particular policies and practices that shape our understanding of environmental problems, including the carbon tax, incentives for cyclists, and the perils of green consumption. The Environmental Politics of Sacrifice puts “sacrifice” firmly into the conversation about effective environmental politics and policies, insisting that activists and scholars do more than change the subject when the idea is introduced. 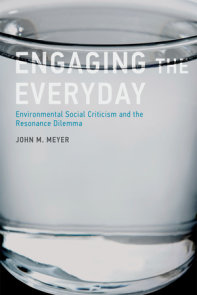 [Maniates and Meyer] offer a series of treasurable essays that should be required reading for any Westerner contemplating the demands of a present in which climate uncertainty and resource scarcity are daily facts of life for the vast majority of humanity.—Canadian Journal of Political Science—

The Environmental Politics of Sacrifice