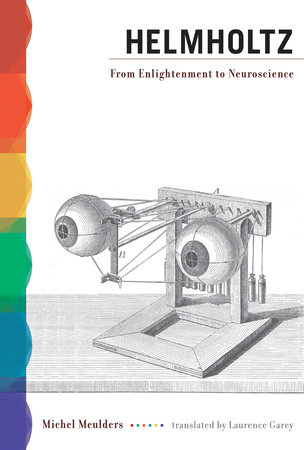 From Enlightenment to Neuroscience

The first biography in English of a nineteenth-century German scientist whose experimental approach influences today’s neuroscience.

Although Hermann von Helmholtz was one of most remarkable figures of nineteenth-century science, he is little known outside his native Germany. Helmholtz (1821–1894) made significant contributions to the study of vision and perception and was also influential in the painting, music, and literature of the time; one of his major works analyzed tone in music. This book, the first in English to describe Helmholtz’s life and work in detail, describes his scientific studies, analyzes them in the context of the science and philosophy of the period—in particular the German Naturphilosophie—and gauges his influence on today’s neuroscience.

Helmholtz, trained by Johannes Müller, one of the best physiologists of his time, used a resolutely materialistic and empirical scientific method in his research. His work, eclipsed at the beginning of the twentieth century by new ideas in neurophysiology, has recently been rediscovered. We can now recognize in Helmholtz’s methods—which were based on his belief in the interconnectedness of physiology and psychology—the origins of neuroscience.