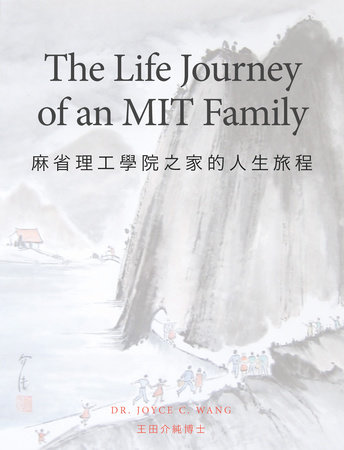 The Life Journey of an MIT Family

About The Life Journey of an MIT Family

In this distinctive memoir, Joyce Wang tells the story of her life through 100 milestones. Each milestone is described in English and Chinese text and accompanied by her own paintings. Her story includes studying architectural engineering in China in the early 1950’s, coming to the United States for graduate study, and raising three children while pursuing her doctoral degree at RPI and working as the principal planner in the capital district of New York State.

The powerful theme underpinning Wang’s story is her partnership with husband and best friend Leon Wang who made this journey with her for over half a century until his death in 2006. One recurring image of their strong connection is the letters they exchanged during their times apart. The Life Journey of an MIT Family is an unassuming self-portrait by a remarkable woman; it is also her moving love letter to her family.

Dr. James R. Killian (1904-1988) was an MIT alumnus who became the tenth president of MIT (1948-1959) and then chairman of the MIT Corporation. Killian served as special assistant for science and technology to President Dwight D. Eisenhower and participated in a numerous government advisory and study groups on topics including foreign intelligence, communications policy, and educational television. During his years at the Institute before he became president, he was the editor of the MIT alumni magazine Technology Review. In 1932 he helped found the Technology Press, now the MIT Press.

The Life Journey of an MIT Family