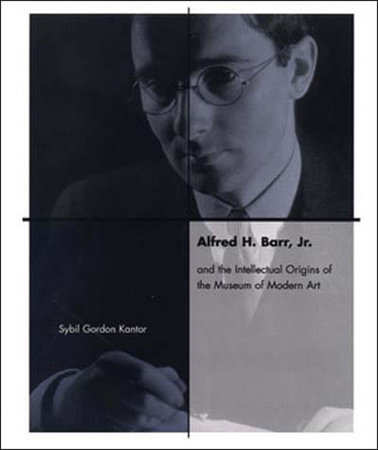 Alfred H. Barr, Jr. and the Intellectual Origins of the Museum of Modern Art

About Alfred H. Barr, Jr. and the Intellectual Origins of the Museum of Modern Art

An intellectual biography of Alfred H. Barr, Jr. founding director of the Museum of Modern Art.

Growing up with the twentieth century, Alfred Barr (1902-1981), founding director of the Museum of Modern Art, harnessed the cataclysm that was modernism. In this book—part intellectual biography, part institutional history—Sybil Gordon Kantor tells the story of the rise of modern art in America and of the man responsible for its triumph. Following the trajectory of Barr’s career from the 1920s through the 1940s, Kantor penetrates the myths, both positive and negative, that surround Barr and his achievements.

Barr fervently believed in an aesthetic based on the intrinsic traits of a work of art and the materials and techniques involved in its creation. Kantor shows how this formalist approach was expressed in the organizational structure of the multidepartmental museum itself, whose collections, exhibitions, and publications all expressed Barr’s vision. At the same time, she shows how Barr’s ability to reconcile classical objectivity and mythic irrationality allowed him to perceive modernism as an open-ended phenomenon that expanded beyond purist abstract modernism to include surrealist, nationalist, realist, and expressionist art.

An important contribution to the historiography of twentieth-century American art… intellectual and biographical history at its most rigorous.—Daniel A. Siedell, College Art Association Reviews—

It is to the intellectual history of modern art that [this book] makes an indispensible contribution.

Alfred H. Barr, Jr. and the Intellectual Origins of the Museum of Modern Art