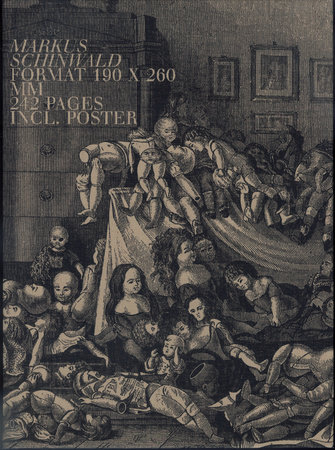 The films, photos, installations, and graphic artworks of Austrian artist Markus Schinwald create a highly charged aesthetic collection of curios in which the human being stands in the focal point of observation. Physical extensions, prostheses, and mechanical apparatuses transform human beings into marionette-like dolls and simultaneously give mechanical automatons a mystical habitat all their own. In his latest film entitled “Children’s Crusade,” the artist links motifs from children’s crusades of the High Middle Ages with legends of the Pied Piper, which arose at nearly the same time. The rat-catching piper appears as a doll or mannequin, i.e. an idea that has come to life from a perverted sort of Christendom. Conceived as an artist’s book, Markus Schinwald presents the entire spectrum of the artist’s wideranging oeuvre.

The book was published on the occasion of the exhibition Tableau Twain, September 1 – October 24, 2004, a cooperative project of Frankfurter Kunstverein and Siemens Arts Program. 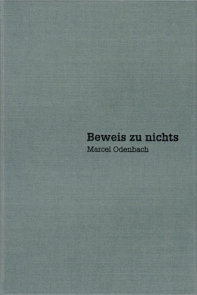 See all books by Nicolaus Schafhausen