The Other Me Reader’s Guide 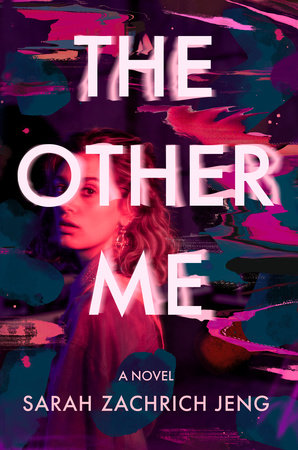 The Other Me Reader’s Guide

print
The Other Me Reader’s Guide

Reader’s Guide
The Other Me by Sarah Zachrich Jeng
Discussion Questions:

2.      The two versions of Kelly’s life at twenty-nine look very different based on choices she made as a teenager. What do you think your life would look like if you had made different decisions when you were younger? What events or choices have been the main crossroads of your life?

3.      Why do you think Kelly tried to distance herself from her roots when she lived in Chicago?

4.      Why do you think Kelly doesn’t try to tell anyone about the double memories she is experiencing? What does that say about how isolated she feels in her new life, and how reliable she thinks her memories of her old life are?

5.      There are several examples of female friendship in the novel. How is Kelly’s friendship with Linnea different from her relationship with her high school friend Katie? How do Linnea and Katie represent the changes that have taken place in Kelly’s life?

6.      How does Eric’s behavior serve as an example of toxic masculinity? Do you think his treatment of Kelly was abusive? Why or why not?

7.      Except for Eric’s session reports, the story is told from Kelly’s point of view. Do you feel the present tense, first-person narration enhanced or diminished your enjoyment of the book? Why do you think the author chose this way of telling the story?

8.      Several passages in the book touch upon the impossibility of truly knowing another person. What erroneous beliefs do you think Eric holds about Kelly? What inaccurate beliefs does she have about him?

9.      The novel’s characters travel back in time using technology. What problems might a widely available “time machine” cause—or solve? Would you use such a device if it existed? Do you think people you know would use it?

10.   What are your thoughts about the measure of redemption Eric gets at the end of the novel? Do you think he earned it?

11.   At the end of the book, Kelly has attained professional success but is not in a relationship. In what ways are women told they cannot be fulfilled without a partner? Do men get the same message? How can this focus on romantic love impede women’s career advancement?

12.   Were you satisfied with the book’s ending? Why do you think the author chose to leave some things unresolved?
Learn More About The Other Me
print

The Hunting Wives
May Cobb

A Jury of Her Peers
Jean Hanff Korelitz

The Lesson of Her Death
Jeffery Deaver

The Cobweb
J. Frederick George and Neal Stephenson
Back to Top