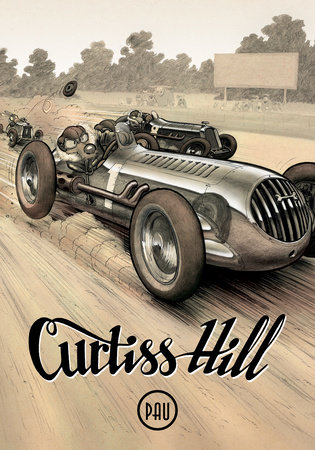 By Pau
Illustrated by Pau

By Pau
Illustrated by Pau

A renowned racecar driver searches for victory beyond the finish line as he uncovers the truth surrounding the sudden disappearance of his co-pilot.

Curtiss Hill is a millionaire, philanthropist, and famed dog-racecar driver. His rival on the speedway is obsessed with winning and will claim the prize at any cost. The key to Curtiss’s success lies with his engineer, a cat with an expertise in motors whose access to infinite resources ensures that his racecars are unbeatable. But on the day before the biggest race of the season, he’s gone missing! Rumor has it, he’s gone off to war! Meanwhile, an independent photojournalist is on Curtiss’s tail, seeking to expose the truth behind his wealth and prestige. As Curtiss searches for his friend, a civil war between the cats and dogs escalates. Soon, the four will meet and begin the most important race of their lives–a race to victory–for life, liberty, and freedom!

Celebrated Spanish writer and artist Pau (The Atlas and Axis Saga, Baboon!) explores themes of sacrifice, unity, and redemption under the backdrop of racecar driving for an unforgettable tale of friendship, love, and hope. 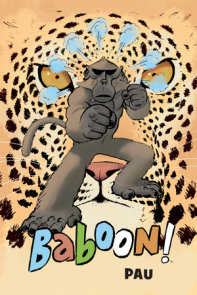 See all books by Pau