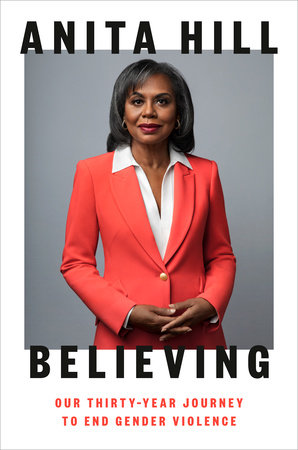 1. The thirty years between Anita Hill’s testimony at the Clarence Thomas confirmation hearings in 1991 and the #MeToo movement in 2017 and Christine Blasey Ford’s testimony in 2018 were a time of enormous change. But looking back even further, the Redbook survey in 1976 was a watershed moment that revealed the true experiences of women in the workplace and made sexual harassment a topic of conversation across the country. What do you think has changed or remained the same in the decades since? Did you or the women you’re close to start working outside the home in that era? If so, what were those experiences like? Were you aware that Black women brought many of the earliest sexual harassment cases? Why do you think that was the case?

2. In Chapter 3, Anita Hill writes, “The denials and myths that tell us sexual harassment, extortion, and assaults don’t exist or alternatively are harmless and therefore don’t matter continue to silence witnesses and victims and control the narrative of harassment and assault claims. They are the foundation on which many of our policies that purport to be antiviolence are built.” Are there any denials or myths that you previously held to be true that this book dispelled? What surprised you the most to learn?

3. Early sexual harassment complaints were turned away on the grounds that sexual exploitation of women by men was normal and that the harassment was “not so bad.” Over the decades, harassment, assault, and bullying have been dismissed as “child’s play” or with the excuses of “boys will be boys” or “locker-room talk.” What damage do these attitudes have in both the legal sphere as well as in our culture’s understanding of gender-based violence? How does it affect our young children, teenagers, college students, and beyond? If you are a parent, have you had a talk with your child about these topics?

4. Anita Hill uses TV shows, movies, and plays—from David Mamet’s Oleanna to Michaela Coel’s I May Destroy You on HBO—to illustrate her arguments about how the public perceives sexual harassment and rape and the conversations that are being had. Are there any pieces of media or writing that you were reminded of in reading Believing? Has your opinion about certain scenes or interpretations changed?

5. In Chapter 4, Anita Hill writes, “The [#MeToo] movement made clear that gender-based violence has existed for generations in precisely the same forms as it exists today. And that will continue to be the case until we let go of a persistent myth: the idea that one day a generation will come along that will no longer tolerate it. It won’t magically disappear.” Whether you are a baby boomer, Gen X, millennial, or Gen Z, how do you feel your generation has dealt with gender violence? What do you hope can still be accomplished so that the full burden of the problem isn’t passed on to the next generation?

6. What role do ethnicity, race, and sexual and gender identity play in how victims and survivors experience gender-motivated violence? Believing is full of stories and legal cases about people with different identities and backgrounds—did any of these stand out to you in particular, and why?

7. The use of hashtags on social media has given voice to countless women who have been silenced over the years. If you go online now and search through the conversations tagged with #MeToo, #WhyILeft, #WhyIStayed, or any hashtag related to gender-based violence that’s currently in use, what do you see? How do these women’s experiences tie back to the themes of Believing?

8. In Chapter 8, Anita Hill writes, “There will be no complete elimination of gender-based violence until racism in its many forms is identified and addressed, but the reverse is also true. That does not mean that we must choose one fight over another; both struggles are valid and should be tackled concurrently.” In what ways does racism figure into how Black, Native, and Latinx women, and all women of color, experience gender violence? How does victim silencing come about when forms of bias, including homophobia, combine? Why is it important to consider all these factors together when fighting discrimination?

9. In the final chapter, Anita Hill calls for accountability and leadership, both on the individual level as well as from our government. What changes would you like to see happen in this country’s public processes and legal proceedings—and in your workplaces, schools, and communities—to combat gender violence? On an individual level, has what you’ve read caused you to question or change your own behavior? And based on the stories you’ve read in Believing, as well as your own life experiences, what does justice for gender violence survivors mean to you? Is it about being heard, being believed, or accountability?

We Own This City
Justin Fenton

Presidential Lottery
James A. Michener
Back to Top