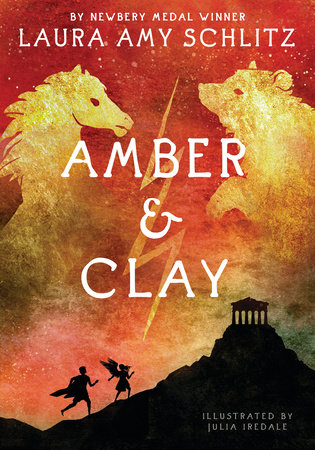 About Amber and Clay

Welcome to ancient Greece as only genius storyteller Laura Amy Schlitz can conjure it. In a warlike land of wind and sunlight, “ringed by a restless sea,” live Rhaskos and Melisto, spiritual twins with little in common beyond the violent and mysterious forces that dictate their lives. A Thracian slave in a Greek household, Rhaskos is as common as clay, a stable boy worth less than a donkey, much less a horse. Wrenched from his mother at a tender age, he nurtures in secret, aided by Socrates, his passions for art and philosophy. Melisto is a spoiled aristocrat, a girl as precious as amber but willful and wild. She’ll marry and be tamed—the curse of all highborn girls—but risk her life for a season first to serve Artemis, goddess of the hunt.

Bound by destiny, Melisto and Rhaskos—Amber and Clay—never meet in the flesh. By the time they do, one of them is a ghost. But the thin line between life and death is just one boundary their unlikely friendship crosses. It takes an army of snarky gods and fearsome goddesses, slaves and masters, mothers and philosophers to help shape their story into a gorgeously distilled, symphonic tour de force.

Blending verse, prose, and illustrated archaeological “artifacts,” this is a tale that vividly transcends time, an indelible reminder of the power of language to illuminate the over- and underworlds of human history. 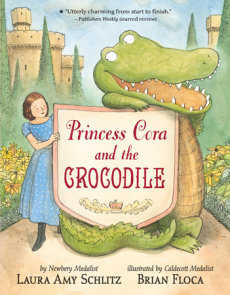 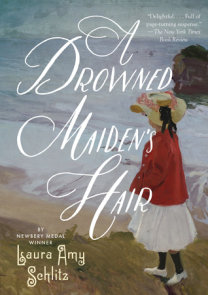 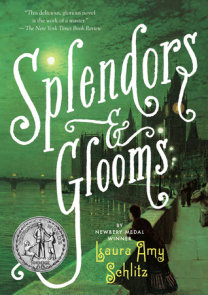 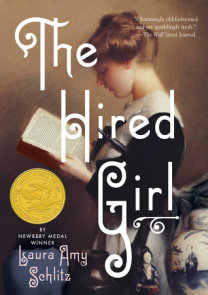 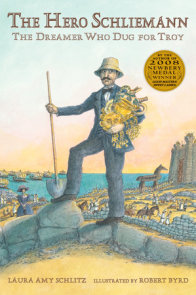 Schlitz (“The Hired Girl”) is a Newbery Medal winner, and hops from one style to another with tremendous skill. The story is told partly in verse and partly in prose; the voice alternates between first person and third person, with the gods — Hermes in particular — stepping in as occasional choruses to the action. The text is complemented by Julia Iredale’s delightful illustrations of imaginary archaeological finds: an ostracon (or pottery shard), a strigil (or scraper used to clean the body after exercise), some painted vases. They’re accompanied by museum exhibit cards, to give the reader information about what they depict.
—The New York Times Book Review

An artistic enslaved boy, “common as clay,” and a free-spirited girl, “precious as amber,” become “linked together by the gods” in this drama of ancient Greece. . . Lyrically descriptive, surprisingly contemporary in feel, and laced with allusions to Greek mythology, history, and epic stories, the narrative offers a realistically diverse, colorful portrait of an ancient Greece in which slavery and warfare were prevalent. Black-and-white illustrations of archaeological artifacts add insight and depth to this meticulously researched story. A rich, complex, deftly crafted tale of friendship, creativity, and being true to oneself.
—Kirkus Reviews (starred review)

Curation, historical fiction, performance piece—Schlitz brings a bundle of learning, artifice, and intentionality to this highly stylized tale of ancient Greece. . .Schlitz deploys many voices; Hermes, Rhaskos, Hephaistos, Artemis, Sokrates, and more have their declamations, strophes, and antistrophes, characteristic of a Greek chorus and fitting for oral performance. . . Ambitious and original, this is stuffed with food for thought, often sparkling with wit and appropriate strangeness.
—The Horn Book (starred review)

In a lyrical verse novel packed with ancient myths and well-defined characters, Schlitz (The Hired Girl) takes readers to ancient Greece to tell the saga of two children, virtual strangers, who form a bond extending beyond life. . .the book is as meticulously researched as Schlitz’s previous novels, as evidenced in detailed descriptions of settings and lifestyles. Her exploration of the human condition (“Nobody ever gets out of anything”) delves into both characters’ psyches through a pensive, contemporary-feeling narrative that easily propels readers along.
—Publishers Weekly (starred review)

Schlitz anchors this astonishing work of historical fiction in Greek tradition: ancient gods and philosophers narrate (Sokrates appears throughout); she makes use of epic verse and literary devices from Greek plays (described in the extensive backmatter); references to Homer are threaded through the text. She offers context for modern readers, elaborating on ancient Greece as a slave society, while Iredale’s black-and-white illustrations give glimpses of artifacts. Like its two central figures, this luminous creation is far more than the sum of its parts.
—Booklist (starred review)

Laura Amy Schlitz’s Newbery Medal-winning novel, Good Masters! Sweet Ladies!, immersed readers in the sights, sounds and smells of medieval life, warts and all. Her masterfully constructed Amber & Clay transports young readers to ancient Greece, a place with serious inequality and injustice where young people could become part of history and where ghosts and gods walk the mortal world…Readers of all ages will come away from Amber & Clay with a richer understanding of ancient Greece’s social structures, including its reliance on slavery and its cultural productions and beliefs. This splendid novel could easily join a curriculum on ancient Greece, helping to humanize the people and events of the past and inspiring readers to learn even more about this fascinating period in history.
—BookPage (starred review)

This is an ambitious but tightly plotted tale, with narration spun in ancient Greek poetic and dramatic forms and familiar contemporary prose. . .YA readers who fondly recall bygone days curled up with Rick Riordan novels will be a prime audience for Schlitz’s opus, particularly if they’re up for a literary challenge.
—The Bulletin of the Center for Children’s Books

Two children from vastly different backgrounds—one common as clay, artistic and bright; the other precious as amber, wild, and forceful—share stories of hardship and hope, life and death in this historical fantasy told as a Greek tragedy. . . . Told from multiple perspectives, mostly in verse with some prose sections, Schlitz’s latest novel is a beautifully crafted, complex masterpiece. . . a thoroughly researched, epic tale.
—School Library Journal

Melisto, "electric as amber," and Rhaskos, "indestructible as clay," are as surprising a pairing as any in literature, ancient or modern, and their story is both epic in nature and scrupulous in detail. Amber & Clay is a true marvel.
—Shelf Awareness

This book tells a story of two young children growing up in ancient Greece, Rhaskos and Melisto, whose lives are unexpectedly bound together. . . . Schlitz has done meticulous research to create this story as a work of historical fiction interwoven with Greek mythology and told in the traditional epic style. Throughout the text are pictures of pottery with notes that enrich the story with background notes.
—School Library Connection

[T]he Newbery medalist Laura Amy Schlitz spins a tale of classical Greece with as many layers as an archaeological dig. Delving into this extraordinary book, children ages 8 to 16 will come across potsherds, votive offerings and terra-cotta toys. They’ll hear from gods, citizens, slaves and philosophers. They’ll encounter prose and poetry and passages shaped by the conventions of Greek drama. And through these unearthed riches of antiquity, given freshness and even modernity by a virtuosic writer, readers will enter the vanished worlds of two children.
—The Wall Street Journal

The fates of a wealthy Athenian girl named Melisto and Thracian slave boy named Rhaskos are inextricably linked in this brilliant breathtakingly beautiful, meticulously researched narrative of 5th century B.C.E Greece. Laura Amy Schlitz, a master of historical fiction, weaves her marvelous tale in free verse, using the crotchety voices of the gods and the voices of Sokrates, of Melisto, of Rhaskos and more.
—The Buffalo News

The story weaves effortlessly around Greek history, communicated through art, the form of the narratives, the interludes, characters such as the famous philosopher Sokrates, and the fascinating details of ancient Greek life. The result is a rare, precious work of historical fiction that educates as much as it entertains. Highly recommended.
—Historical Novels Review

Laura Amy Schlitz has done it again—this time immersing readers in the ancient and mythological Greek world. Richly textured, Amber and Clay intersperses poetry, prose, and artifacts to powerful effect. This is a narrative worthy of the gods!
—Carole Boston Weatherford, author of Box: Henry Brown Mails Himself to Freedom, a Newbery Award Honor Book

Volcanic in power, virtuosic in form, peerless in nuanced execution, Amber and Clay is compulsively readable. I was in thrall to its lyric and threnody at breakfast and at lunch and going up the stairs. The muse chose right in inspiring Laura Amy Schlitz to give us this haunting tale of duty, liberty, art, and friendship.
—Gregory Maguire, New York Times best-selling author of Wicked

It’s so great to read this. Schlitz is such a bold and intelligent writer. It’s a beautifully written tale.
—David Almond, Hans Christian Andersen Award–winning author of The Tightrope Walkers

Reading Amber and Clay is like passing through a river into a country that you thought you knew, only to learn that it is both familiar and deeply strange, beautiful and very unsettling. You will find a thrilling archaeological mystery, uncovered piece by broken piece. And you will find two difficult children, struggling to find their place in the world, who grow in the most unpredictable ways. Amber and Clay is a masterpiece. Pass through the river, but know this: you can never pass back through the same river. Because even if the river were somehow the same, you won’t be.
—Adam Gidwitz, author of The Inquisitor’s Tale, a Newbery Honor Book

An original, intriguing, and beautifully worked-out story that brings the ancient past most vividly to life. Top marks for great illustrations, too.
—Adèle Geras, author of Troy, a Boston Globe–Horn Book Honor winner

Just when you think you’ve seen it all, along comes Laura Amy Schlitz, like a lightning bolt from Mount Olympus, to deliver a book that is a nearly perfect nesting doll of brilliantly imagined narratives. With the help of none other than Sokrates himself, Amber and Clay transports the reader to fifth century bce Athens to confront complex questions about how we mortals manufacture shadowy Truths from our incomplete knowledge and flawed perceptions. But the simple spark holding this epic historical adventure together is the unconquerable certainty and resilience of love. It is a love ‘as precious as amber and as common as clay.’ I am in love with this lyrical novel, its snarky Greek gods, haunting ghosts, archaeological artifacts, and vivid world-building. I swear to the gods, when I was finally able to put this book down, it continued to hum and crackle with electricity.
—Allan Wolf, author of The Snow Fell Three Graves Deep